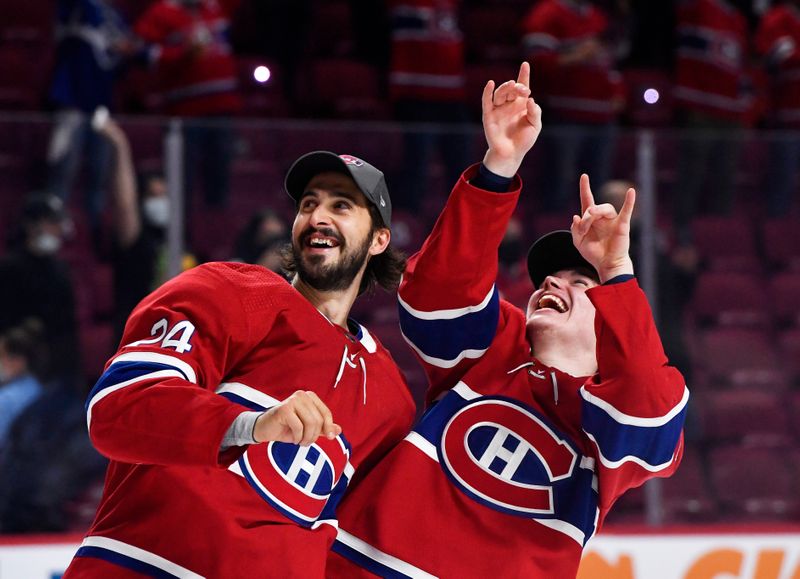 Montreal, one of four clubs from hockey-mad Canada to make the NHL’s 16-team playoffs this year, were a 50-to-1 longshot when the postseason began six weeks ago but have defied the long odds with contributions from across their entire lineup.

“These guys are a special group and a really good mix,” said Luke Richardson, who took over as Montreal head coach during the playoffs after Dominique Ducharme tested positive for COVID-19.

“It’s hard to put into words how proud we are of them but they deserve it, and they’re not done yet. They still have fire in their eyes.”

There have been five instances when a Canadian team have reached the Stanley Cup Final since Montreal won the most recent of their NHL-record 24 championships in 1993 but each team walked away empty-handed, most recently in 2011.

To reach the Stanley Cup Final, Montreal stormed back from a 3-1 series deficit against the Toronto Maple Leafs in the first round, swept the Winnipeg Jets in four games in the second round and then ousted the Vegas Golden Knights in six games.

“I’m definitely proud of everybody in that locker room and what we’ve accomplished so far, but there’s still work to be done,” Montreal captain Shea Weber said after the Canadiens reached their first Stanley Cup Final since 1993.

Montreal boast a mix of youth and experience, with players who appear committed to each other, but perhaps the most important factor during their magical run has been the lights-out play of goaltender Carey Price.

The 33-year-old Price, who backstopped Canada to a gold medal at the 2014 Sochi Olympics, said his team had never considered themselves underdogs, even if they had the fewest regular-season points of any team in this year’s playoffs.

“Honestly, we wouldn’t be here right now if we didn’t believe,” said Price. “We’ve always stuck with it. No doubting ourselves.”

Tampa Bay and Montreal did not play each other during the regular season as the NHL temporarily created an all-Canadian division due to travel restrictions related to COVID-19.

But the Canadian government approved a travel exemption for the final two rounds of the playoffs, which means Montreal and Tampa Bay will be able to cross the Canada-U.S. border without having to quarantine for 14 days.

Standing in Montreal’s way are a potent Lightning squad bidding to become only the third back-to-back Stanley Cup champions in the last quarter-century.

“That’s what we’ve talked about, hey, it’s all well and good to one day put on your gravestone that you won a Stanley Cup, but to do it two years in a row, multiple times, you’re talking about now your team is special,” said Lightning coach Jon Cooper.

“Years down the road, they say, ‘Well, that Tampa team during some time was a hell of a team,’ and I think you can really put your stamp on that if you win another one.”

The resilient Lightning, who have not lost two consecutive playoff games in more than two years, will host the first two games of the series and are fresh off a win over the New York Islanders in a do-or-die Game Seven.

The Lightning also got a timely boost when Russian forward Nikita Kucherov, the team’s best all-around player, returned to the lineup for the series-clinching game versus the Islanders.

The 28-year-old Kucherov missed the regular season while recovering from hip surgery, returned for the postseason and had a playoff-leading 27 points before missing most of Game Six against the Islanders with an injury.

(Reporting by Frank Pingue in Toronto; editing by Clare Fallon)