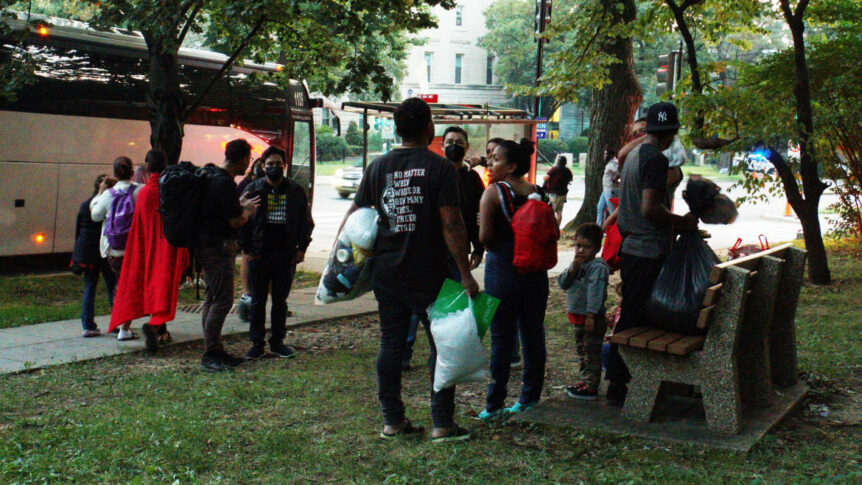 A new busload of 50 migrants, including a one-month old child, were dropped in front of the Naval Observatory on Saturday, which is the Washington D.C. home of Vice President Kamala Harris, the New York Post reported.

The group mostly originated from Venezuela and add to the growing list of migrants that have been transported to the vice president’s home.

It marks the third bus of migrants sent from Texas Governor Greg Abbott after others arrived earlier this week.