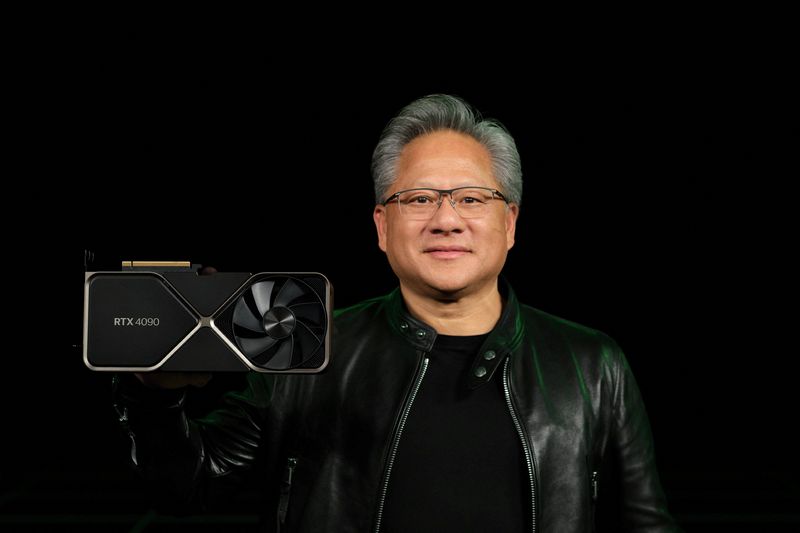 (Reuters) -Nvidia Corp Chief Executive Jensen Huang said Wednesday that he continues to see a large market for Nvidia’s data center chips in China despite U.S. restrictions on exports of two of its top chips to the country.

At a news conference after the company’s fall product launch, Huang said that the restrictions disclosed earlier this month have specific thresholds for both the performance of a chip as well as the processor’s ability to connect other chips.

He said that the rules leave “a large space for us” in the Chinese market.

“The vast majority of our customers are not affected by the specification,” Huang said.

“So our expectation is that for the United States and also for China, we will have a large number of products that are architecturally compatible, that are within the limits and that require no license at all.”

Nvidia said Sept 1 that it had been told by the U.S. government to stop exports of its A100 and H100 chips to China, which could affect up to $400 million in sales for the company in its current fiscal quarter. The two products are Nvidia’s fastest chips and used in data centers to speed up artificial intelligence tasks such natural language processing.

At the news conference, Huang said that both chips are part of larger chip lineups with a “large number of products” that can still be sold in China. Huang also said that Nvidia will seek licenses from the U.S. government for Chinese customers who want its top chips.

“You could surmise that the goal is not to reduce or hamper our business. The goal is to know who it is that would need capabilities above this limit and give the United States the opportunity to make a decision about whether that level of technology should be available to others,” Huang said.