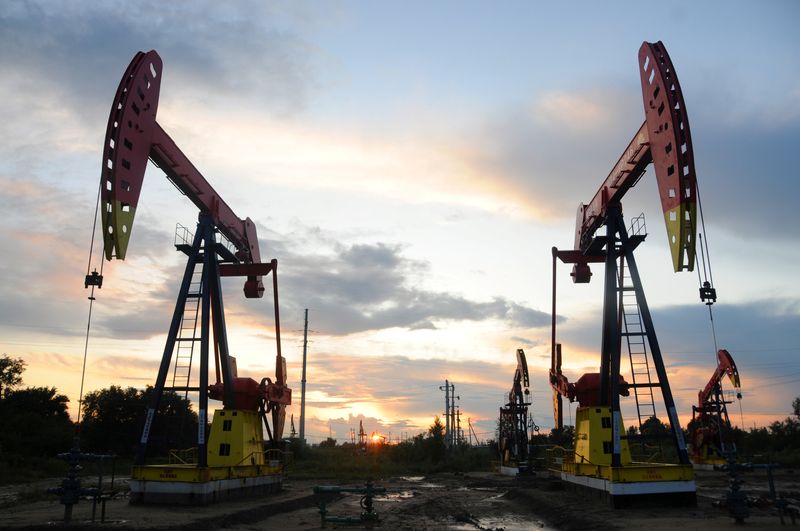 By Emily Chow and Jeslyn Lerh

On Wednesday Brent dropped by 1.1% and WTI 1.5% after Russian oil shipments via the Druzhba pipeline to Hungary restarted.

Poland and military alliance NATO said on Wednesday that a missile which crashed inside NATO member Poland was probably a stray fired by Ukraine’s air defences and not a Russian strike, easing fears of the war between Russian and Ukraine spilling across the border.

“It looks like we aren’t seeing an immediate escalation from the Russians and that has tentatively removed some of the short-term supply risks,” said Edward Moya, senior market analyst at OANDA.

Prices also struggled for direction after a mixed inventory report from the Energy Information Administration, he said.

Crude stocks in the United States, the world’s biggest oil consumer, fell by 5.4 million barrels in the week ended Nov. 11 to 435.4 million barrels, the EIA said on Wednesday, much steeper than the 440,000-barrel drop forecast in a Reuters poll.

However, inventories of gasoline and distillate fuels both rose by more than expectations.

More oil is set to flow to the United States as TC Energy lifted a force majeure on its 622,000-barrel-per-day Keystone pipeline that supplies the Midwest and Gulf Coast that had reduced shipments by 7%.

“With COVID cases in China continuing to rise, especially as we move towards flu season, traders are left with little option to recalibrate positions reflecting the possibility of more lockdowns in heavily populated centres that hurt oil demand exponentially more than other areas of the economy,” said Innes.

China’s COVID caseload is small compared with the rest of the world, but it maintains stringent policies to quash out cases before they further spread.