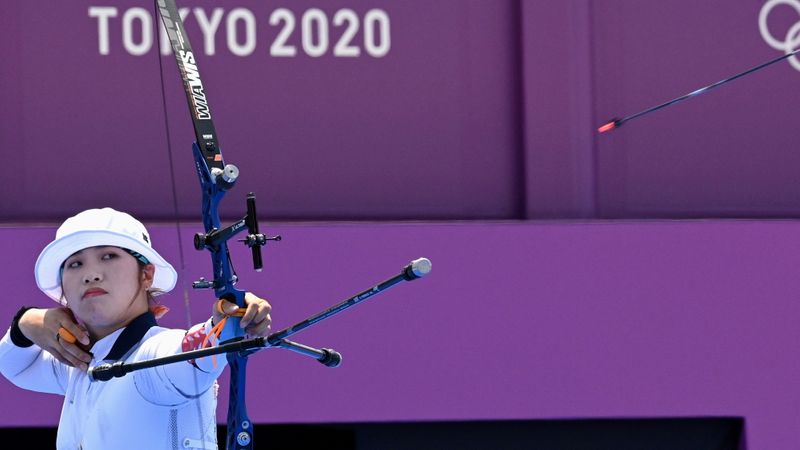 The Japanese archer said the win was her first against a rival from South Korea, long-dominant in archery with the women’s team matching their the longest gold streak with nine straight medals in Tokyo.

“I was really nervous but trying to keep my pace. Wind was helping too, but I am going to be humble for the next round,” Nakamura said, speaking after her win. She said cheers from home fans and familiarity with Tokyo’s weather was an advantage for her.

After the loss, South Korea’s Jang choked up and was unable to answer reporters’ questions before leaving the event.

Her defeat came after teammate Kim Je Deok, nicknamed the ‘archery genius’, who won two golds in teams’ events, also suffered a defeat in the men’s individual round on Tuesday.