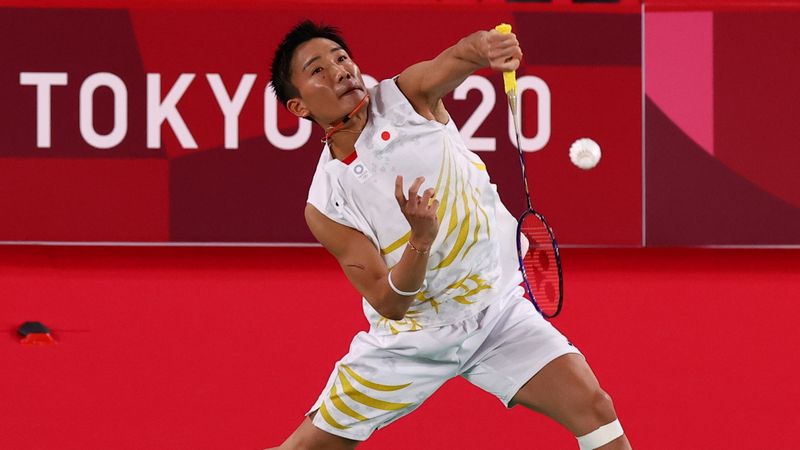 TOKYO (Reuters) – Many of the 173 badminton players at the Tokyo 2020 Olympics were pushed into the sport by enthusiastic parents hoping to raise the next Lin Dan of China.

But a look at comments to the media over the years shows that for several players, there was no more powerful motivation than the outrage of losing a match to their sisters.

From men’s singles star player Kento Momota from Japan to Syrian refugee Aram Mahmoud and players from the Netherlands, Maldives and Egypt, the spark was lit by sibling rivalry, a fear of being left out, or simply encouragement from their sisters.

“My sister played it and before realising it, I was doing the same,” Momota, who wouldn’t be a badminton hero without older sister Meiko, has said.

Badminton is considered an inclusive family-friendly game, particularly in Asia, with many top players also crediting grandparents, aunts, uncles and brothers for their success.

“There is a lot of family influence in the game and there are a lot of countries that are very strong family-wise.”

Shuttlers who say they followed their sisters into badminton include women’s doubles numbers two and eight Wakana Nagahara of Japan and Jongkolphan Kititharakul of Thailand. Women’s doubles number one Yuki Fukushima was drawn to the sport by encouragement from her sister Kaori.

“I followed her everywhere,” Syria’s Mahmoud, one of 29 athletes competing under the banner of the IOC Refugee Olympic Team, has said about his sister, Sanaa. “I started playing with her, and together we became the best in Syria.” [L4N2P004U]

There are, of course, those whose journey to badminton had nothing to do with their families.

Once asked why she started playing, women’s singles no.2 Chen Yu Fei of China simply said: “Because I was too naughty as a kid.”