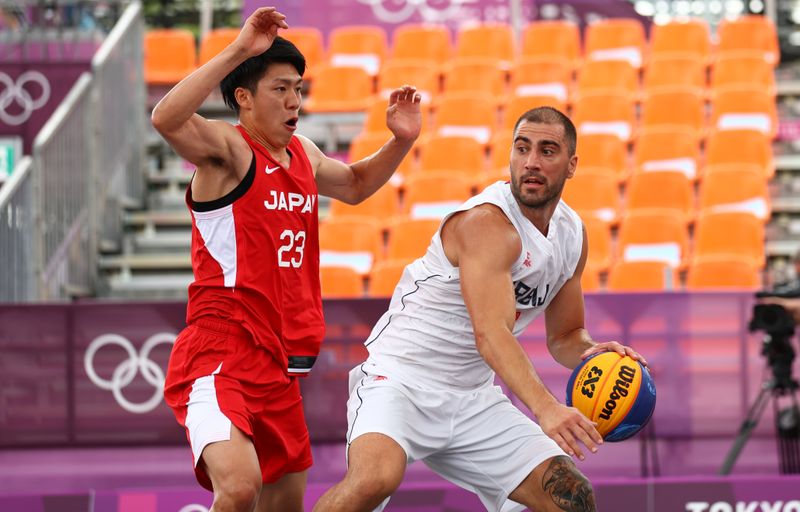 The top-seeded Serbian squad, led by Dusan Domovic Bulut, improved to 5-0 in the round-robin stage of the sport’s Olympic debut.

Japan slid to 1-4 after several narrow losses in the tournament, now in its third day at the Aomi Urban Sports Park in Tokyo.

“We’re missing opportunities. We’re not competing like we know how,” said Japan’s Ira Brown, who was held to just one point in his team’s 11-21 loss.

“We were too obsessed with our own style,” said Japan’s Stephanie Mawuli. “Our speed and timing didn’t match up.”

The United States leads the women’s division with a perfect 4-0 record after beating the Russian Olympic Committee on Sunday. The U.S. team will face Italy and China on Monday.

Romanian women secured their first win on Monday when Sonia Ursu hit a two-pointer to seal a 22-14 victory over winless Mongolia.

Meanwhile, the Chinese men’s squad picked up their first win with an upset 21-20 victory over Belgium.

With an Olympics debut, 3×3 is looking to boost its global profile as a faster-paced, more compact alternative to basketball.

The medal matches will take place on Wednesday.