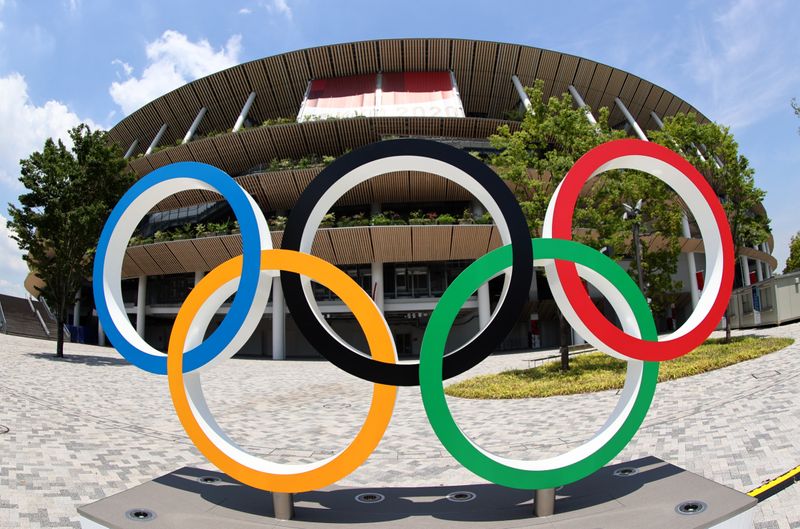 TOKYO (Reuters) – The United States men’s basketball team will begin their pursuit of a fourth successive Olympic title on Sunday with an intriguing match-up against a French squad led by a man the Americans will know well — Utah Jazz centre Rudy Gobert.

Spearheaded by double Olympic champion Kevin Durant, the Americans have endured a bumpy lead-up to Tokyo as they were unexpectedly beaten by Nigeria and Australia.

But they made sure they arrived at the Games in the right frame of mind by beating Argentina and Spain, the 2019 World Cup winners, in their last two exhibition games before flying to Tokyo.

Since 1992 the United States have dominated the Olympics, with the “Dream Team” that included the likes of Michael Jordan and Magic Johnson beginning a run in which the U.S. men captured six of the next seven Olympic titles.

But the 2-2 record in the build-up to Tokyo have raised questions on whether the U.S. can continue their Olympic reign.

On Sunday, the Americans will face a French team that outclassed them in the quarter-finals of the 2019 World Cup, a result that condemned the U.S. to their worst result in a major international competition.

France also boasts some NBA pedigree. Along with centre Gobert, a three-time league defensive player of the year, the French can also count on Boston Celtics forward Evan Fournier and Nicolas Batum of the Los Angeles Clippers.

Also on Sunday, Iran will face Czech Republic, who will making their Olympic debut in the sport, before Germany take on Italy. Australia will be in action against Nigeria.