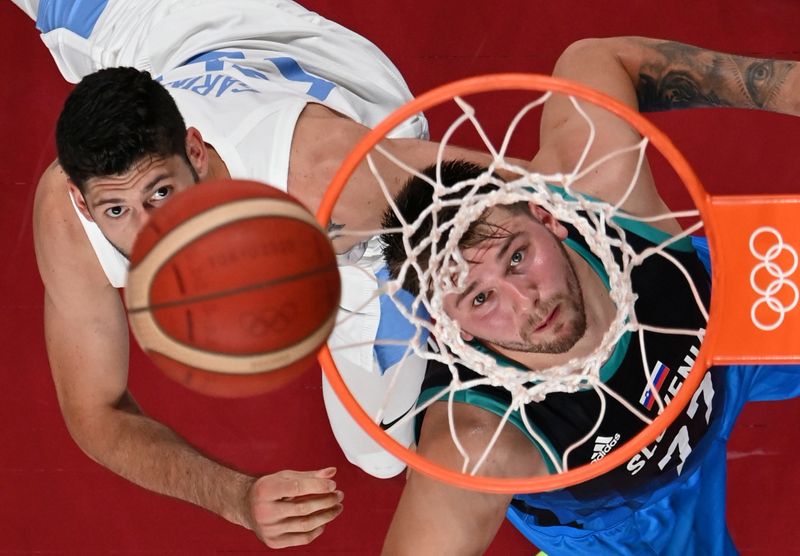 SAITAMA, Japan (Reuters) – The Slovenian men’s basketball team rolled past Argentina 118-100 in their Olympic debut on Monday as Luka Doncic scored 48 points to come close to breaking the single-game scoring record for the tournament.

Argentina may have the Olympics pedigree, with a gold and a bronze medal to their name, but newcomers Slovenia showed no hesitation out of the gate, taking an early lead on four straight three-pointers including three by Doncic.

By half-time Doncic, on the Dallas Mavericks roster in the NBA, already had 31 points, accounting for half of his team’s scoring as they led 62-42 and never looked back.

Doncic finished on 18 for 29 shooting, including six three-pointers, and added 11 rebounds and five assists.

Luis Scola, playing in his fifth Olympics for Argentina, led his team with 23 points.

Brazil’s Oscar Schmidt holds the single-game record with 55 points set in 1988 versus Spain. Doncic’s 48 points ties him for second place with Australia’s Eddie Palubinskas in 1976. (This story refiles to correct dateline to Saitama, from Tokyo)