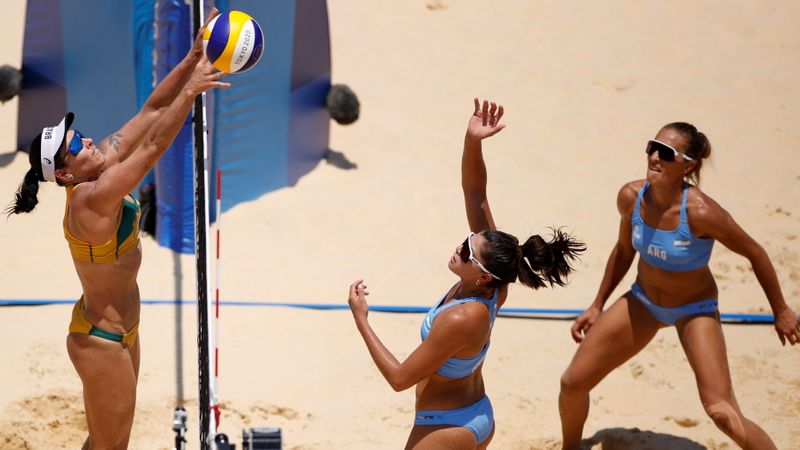 Cerutti, who also won silver in 2012, scored the bulk of the attacking points and also won five points at the net with blocks while his team mate was able to successfully dig the ball out five times.

The first match of day was awarded to Japan’s women by default as their Czech opponents had to withdraw due to a COVID-19 infection.

Rio silver medallist Agatha Bednarczuk and Eduarda Santos of Brazil were too much for Ana Gallay and Fernanda Pereyra, beating the Argentine pair 21-19 21-11 in Pool C.

In Pool A, 2019 world champion Canadian duo Sarah Pavan and Melissa Humana-Paredes also earned a straight sets victory over the Netherlands’ Katja Stam and Raisa Schoon in the final match of the opening session.

(Reporting by Rohith Nair in Bengaluru; Editing by Peter Rutherford)