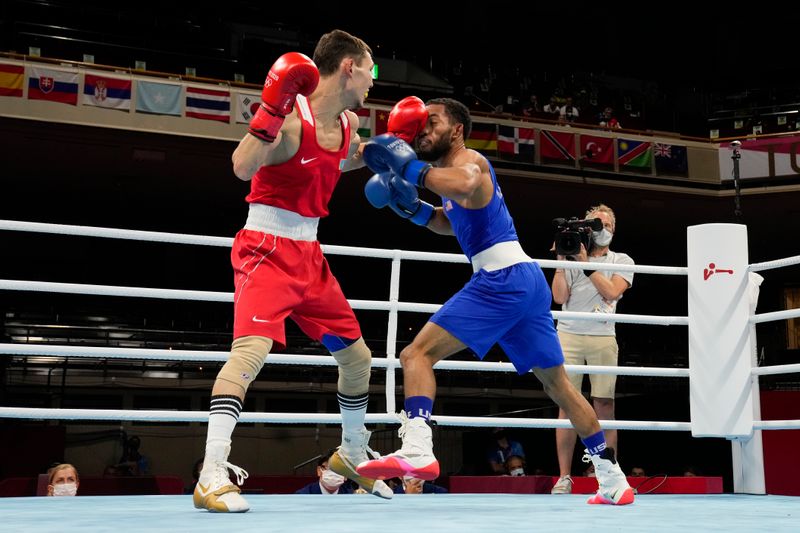 TOKYO (Reuters) – For boxing’s Team USA there’s no such thing as a quiet fight – even in a spectator-less Tokyo Olympics arena.

At U.S. featherweight Duke Ragan’s round-of-16 match against Kazakhstan’s Serik Ktemirzhanov on Wednesday his team mates made him feel like he was fighting back home, howling cheers from the nosebleed seats of the Kokugikan arena.

“30 seconds!” came the cries in the arena, usually crowded with sumo wrestling fans, but empty of public spectators due to COVID-19.

Ragan, who won unanimously, said his team mates gave him motivation and energy, especially knowing that he couldn’t have his family there.

“They’re rooting for you to do better, finish hard, finish strong, they’re counting the seconds for you… same thing the coach is saying, they’re doing too.”

From the ring, Ragan said, he could make out the owner of each shouts.

“Do you want me to name everybody?”

Ragan said he would be doing the same when his team mates’ enter the ring.