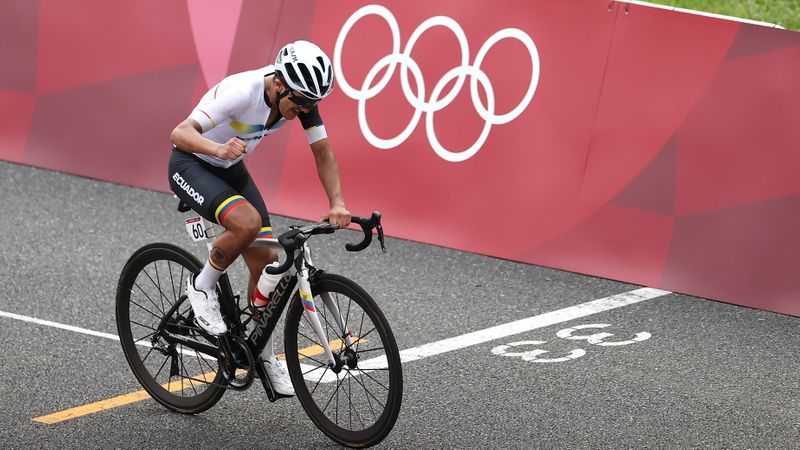 Slovenian Pogacar launched his assault for gold on the final big climb of a hot and humid 234km ride but he could not make his attack on the Mikuni Pass stick.

Then Carapaz seized his chance on the return to the motor-racing circuit that was lined with spectators.

The former Giro d’Italia winner and American Brandon McNulty broke clear of the favourites to claw out a one minute lead.

An exhausted McNulty could not sustain the pace though and as the chasing pack sliced the advantage down to around 15 seconds Carapaz decided his best chance was to go alone.

Grimacing with every turn of the pedals, the South American nicknamed The Locomotive extended his lead and won by one minute and seven seconds, with the luxury of enjoying the final stages as the battle raged behind for the silver and bronze.

Pogacar, who a week ago claimed his second successive Tour de France title, was edged out by Belgium’s Wout Van Aert in a sprint finish decided by the width of a wheel rim.

Carapaz is only the second Ecuadorean to win an Olympic gold after Jefferson Perez in the 20km walk at Atlanta 1996.

It was an attritional day of racing in temperatures in the mid-30s Celsius and with suffocating humidity.

Thankfully the race was spared the big crashes that marred the road races at the Rio Games five years ago, though Britain’s Geraint Thomas, one of the medal favourites, hit the tarmac hard in an early incident and eventually pulled out with 50km left.