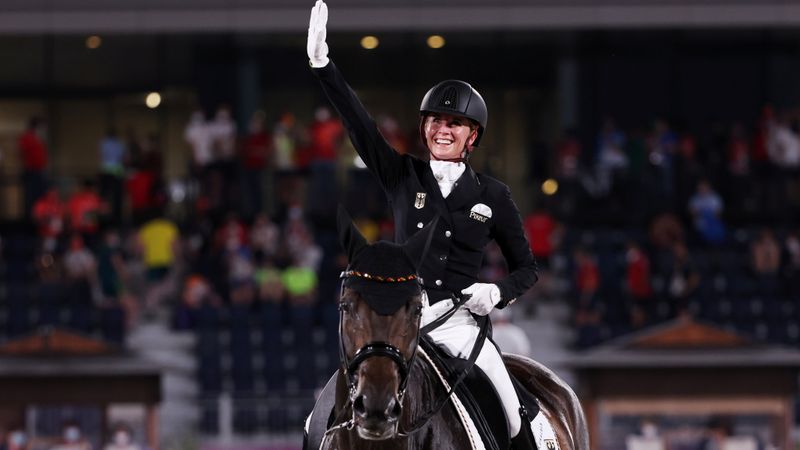 Cementing its domination of the sport, Germany won a comfortable gold medal in the team finals on Tuesday with von Bredow-Werndl setting a new Olympic record.

“At points I felt like I was riding a dance in fire, on the edge of a knife, how far can I go? How much risk can I take? But it all worked out,” an elated von Bredow-Werndl told reporters.

Britain’s Charlotte Dujardin, who holds the Olympic record for freestyle dressage, did not retain her individual gold medal from Rio 2016 but became Britain’s most decorated female Olympian by winning the bronze medal on Wednesday.

Equestrian athletes compete against each other without gender discrimination and riders in their 50s vie with athletes in their 20s in top-level competitions.