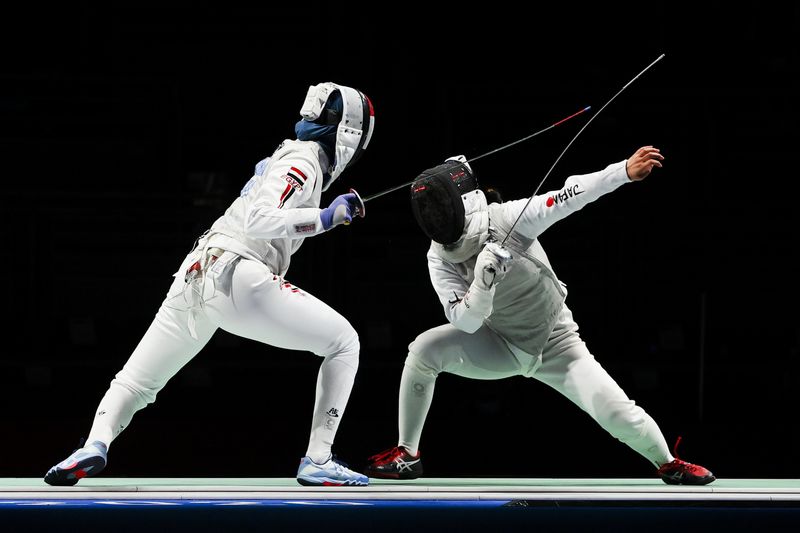 TOKYO (Reuters) – Japanese fencing medal hopefuls Yuka Ueno and Masaru Yamada made their way to the round of 16, chasing Japan’s first Olympic fencing medals in the Tokyo 2020 Olympic Games.

Ranked seventh in the world rankings, Ueno was champion of the 2018 Youth Olympic Games’ woman’s foil individual event, and came sixth in the world championship a year later.

If she wins a medal, she would be the first Japanese woman to do so in fencing.

Ueno steadily racked up points during her round of 32 match against Egyptian Nora Mohamed, ending 10 points ahead at 15-5. She will face Nicole Ross from the United States in the round of 16.

Men’s epee fencer Yamada ended at 12th place in the 2019 world championships, and is currently ranked fourth in the world rankings.

He maintained a slim but steady lead ahead of Kyrgyzstan’s Roman Petrov. When he won his final point, Yamada whipped his mask off to roar at the stands.