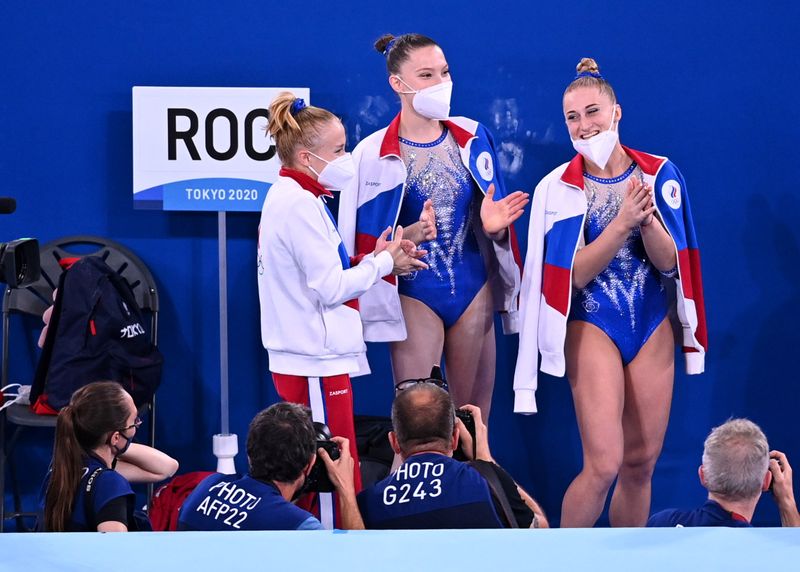 TOKYO (Reuters) – The Russian Olympic Committee won the gymnastics women’s team event at the Tokyo Olympics on Tuesday, denying American Simone Biles the first of what she hoped would be six gold medals at the Games.

The United States won silver, while bronze went to Britain.

Biles dropped out of the women’s team event after one vault because of what USA Gymnastics described as a “medical issue” but will still receive a silver medal.