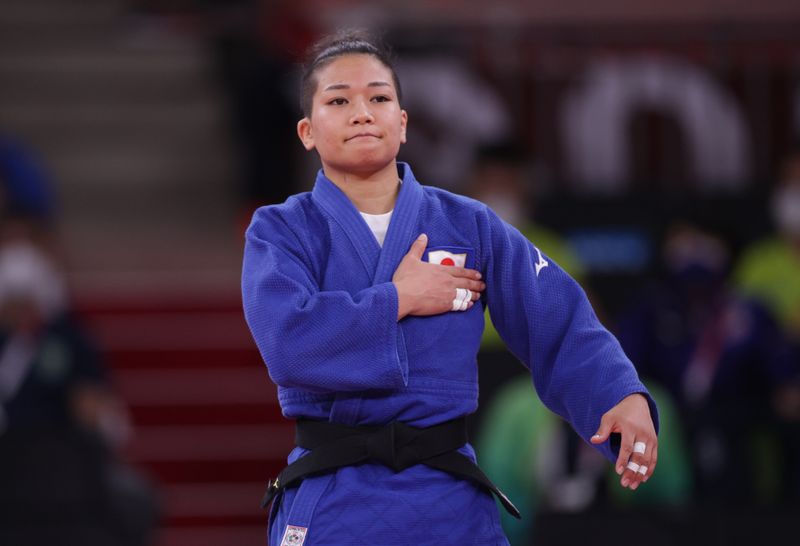 TOKYO (Reuters) – Japanese judoka Funa Tonaki reached the final in her 48kg class on Saturday, leaving her just one bout away from winning her country’s first Tokyo 2020 gold medal later in the day.

He also had a close shave in his quarter-final in the 60kg class, winning during Golden Score overtime on a foul by his Georgian opponent Lukhumi Chkhvimiani.

Earlier in the day in the elimination round of 16, Takato delivered an ippon against Belgian Jorre Verstaeten.

In between matches at the eight-sided Nippon Budokan, which was built for the previous Olympics that Japan hosted in 1964, sanitation workers poured disinfectant spray over yellow tatami mats to minimise the risk of a coronavirus infection, while blaring pop, rock and dance music was used to generate an atmosphere before bouts.