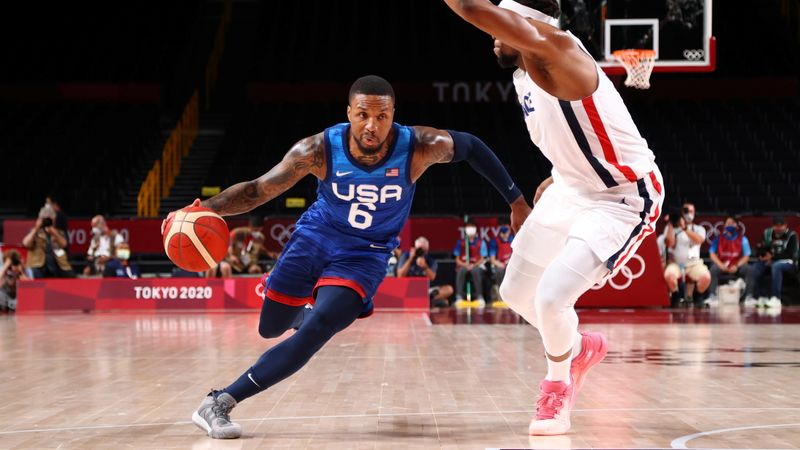 (Reuters) – Damian Lillard said the U.S. men’s basketball team is not going to panic after losing to France on Sunday, an upset that has raised questions about whether the favourites can win a fourth consecutive Olympic gold.

Team USA gave up a late lead en route to a 83-76 loss after poor shooting performances by Lillard, Kevin Durant and Devin Booker.

“A lot of people will make it seem like the end of the world, but our job as professionals representing our country at the Olympics is to do what’s necessary. We still can accomplish what we came here to accomplish.”

Lillard, who plays for the Portland Trail Blazers, said the team needed to relax and just be themselves.

“We’re just trying too hard to do the right thing instead of being who we are – the best players in the NBA,” he said.

The loss to France was the team’s first since 2004 and just its sixth in the history of the tournament.

It comes after the U.S. lost exhibition games to Nigeria and Australia earlier this month. The team will look to get back on track when they take on Iran while France will meet the Czechs as group play continues.