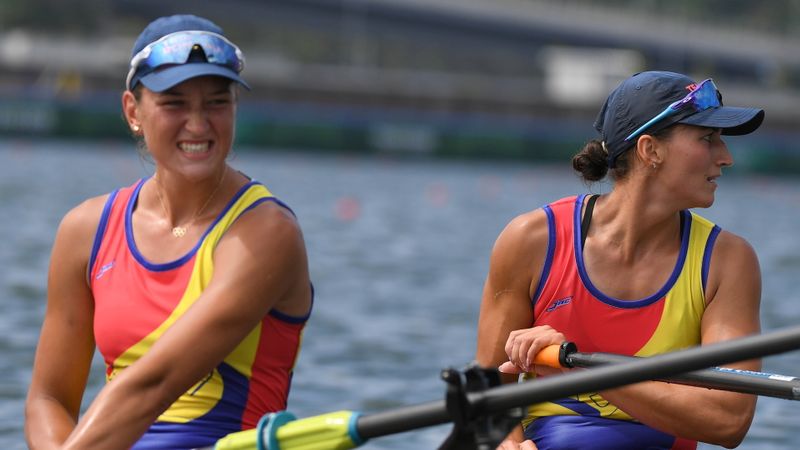 TOKYO (Reuters) – The first two rowing medal races of the Tokyo Games delivered thrills on Wednesday as Romania’s Ancuta Bodnar and Simona Radis won gold in the women’s double sculls while Hugo Boucheron and Matthieu Androdias of France triumphed in the men’s event, both with Olympic-best times.

As Olympic rowing continued after a two-day hiatus at Tokyo’s Sea Forest Waterway, Brooke Donoghue and Hannah Osborne of New Zealand picked up silver in the women’s event and the Netherlands’ Roos de Jong and Lisa Scheenaard earned bronze.

Meanwhile Melvin Twellaar and Stef Broenink of the Netherlands claimed silver in the men’s competition, and China’s Liu Zhiyu and Zhang Liang took the bronze medal.

Scheenaard and de Jong came hot out of the gate for the Netherlands, but the Romanian duo quickly caught up and by the midway point had the lead by a margin of more than three-and-a-half seconds, winning the first rowing medal of the Tokyo Games in 6:41.03.

A late break in the men’s race saw France secure the win in 6:00.33, defeating stiff competition from the Chinese duo, who had secured a slim margin through the halfway point but ran out of steam, and the Netherlands, who turned on the gas in the back half of the race but could not match France’s velocity.

(Reporting by Amy Tennery in Tokyo; Editing by Kenneth Maxwell)