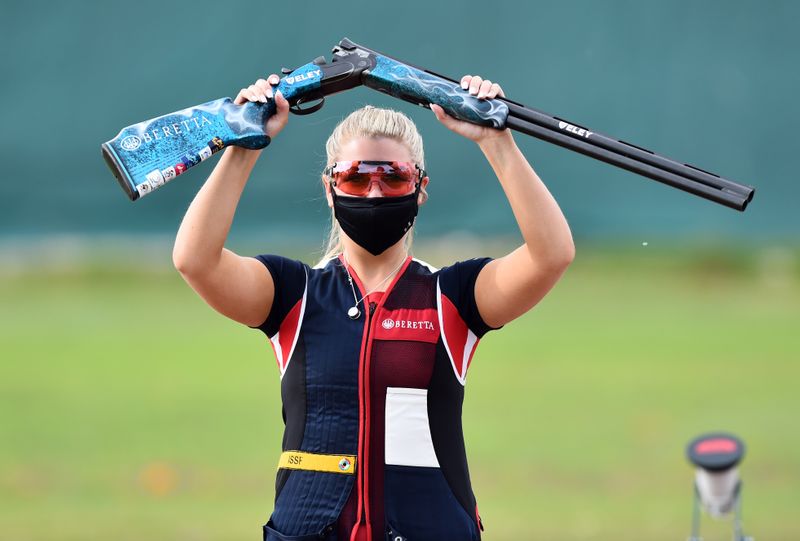 LONDON (Reuters) – Britain’s world number one shooter Amber Hill withdrew from the Tokyo Olympics on Wednesday after she tested positive for COVID-19 before departure, Team GB said in a statement.

Hill, who was due to compete in Olympic Skeet, said she was devastated.

“There are no words to describe how I’m feeling right now,” said the 23-year-old, who was a finalist at the 2016 Rio de Janeiro Games.

“After five years of training and preparation, I’m absolutely devastated to say that last night I received a positive COVID-19 test, meaning I’ve had to withdraw from Team GB’s shooting team.

“I will be back from this, but right now I need some time to reflect and take in what has happened.”

Team GB said no replacement would be selected.

Hill, a silver medallist at the 2018 Commonwealth Games, was the most experienced athlete on the British shooting team.