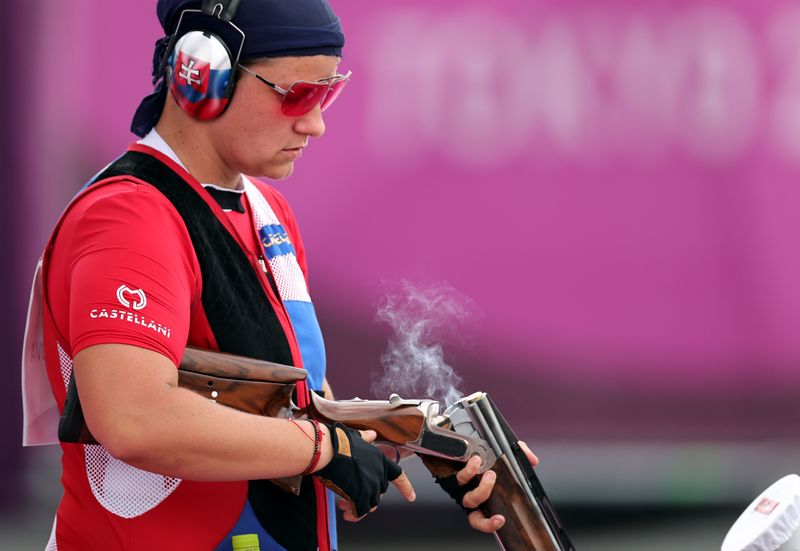 Kayle Browning of the United States won the silver, while the bronze went to Alessandra Perilli of San Marino.

Two-time silver medallist Stefecekova had hit all 125 targets to storm into the final, where she prevailed 43-42 against Browning.

World number one Fatima Galvez of Spain and 2012 London champion Jessica Rossi of Italy could not get through the qualifying round.

In the men’s event, Czech shooter Jiri Liptak won gold via a shoot-off with compatriot David Kostelecky, who grabbed the silver. The two team mates hugged, laughed and sat down together on the spot after Kostelecky missed his final shot.

Croatia’s Josip Glasnovic, champion from Rio, crashed out in the qualification round.