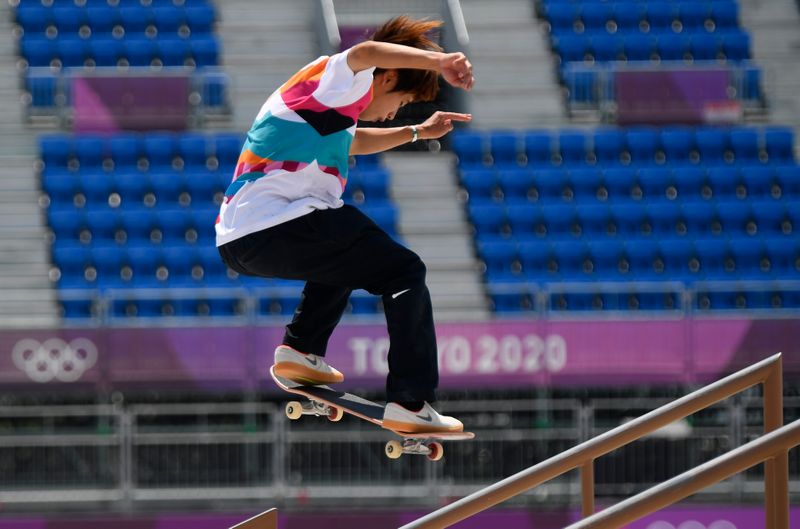 TOKYO (Reuters) -Yuto Horigome of Japan claimed the first Olympic gold medal in skateboarding after recovering his composure with high-scoring tricks in the final rounds of an event held in his hometown of Tokyo on Sunday.

Kelvin Hoefler of Brazil won silver in the men’s street skating competition, while Jagger Eaton of the United States clinched the bronze.

In a nail-biting final, Horigome stumbled through the two initial runs, but recovered his signature cool in landing four of the five final tricks, earning 9.50 in the second-to-last run.

After his win, Horigome told Japanese broadcaster NHK the Games were a culmination of years of work.

“I know it’s simple but I’m really happy,” he said, describing how he gave the final tricks everything after his disappointing runs. “I was stressing out inside, but I was able to turn it around with my best tricks,” he said.

Nyjah Huston, a star U.S. skateboarder who was expected to challenge Horigome for the gold, crumbled after landing the first trick in the final, eventually finishing in seventh place.

Skateboarding’s inclusion into the Olympics marks a turning point for the sport, which has its roots in youth street culture and has influenced everything from art to fashion.