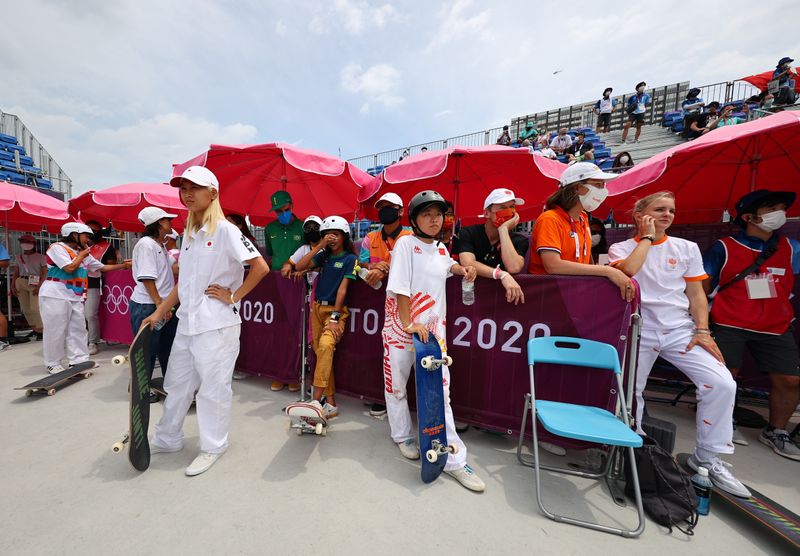 TOKYO (Reuters) – One of the breakout stars of the inaugural skateboarding event at the Tokyo Olympics is a champion who’s not even competing.

On Monday, Ryo Sejiri, a TV commentator for Japanese broadcaster NHK, was in his element, giving the kind of move-by-move analysis that’s all too common in sports, but with his distinctive flair.

Sejiri, a 24-year-old skateboarding champion, joined NHK’s first-ever Olympic skating broadcast on Sunday to provide commentary on a sport that remains entirely new to many of the public broadcaster’s audience, which includes many older viewers.

Speaking in a more relaxed and casual tone of Japanese than NHK’s normally staid style, Sejiri said during a Sunday broadcast that a skater had been “seriously grinding” during a practice session the day before, prompting a confused response from his fellow commentator.

Sejiri explained that he meant the athlete was really working hard and giving the routine their all. The more straight-laced announcer, who has since become the skater’s foil, was quick on the uptake.

“So now, that athlete who was indeed ‘grinding’ yesterday is coming up,” he said.