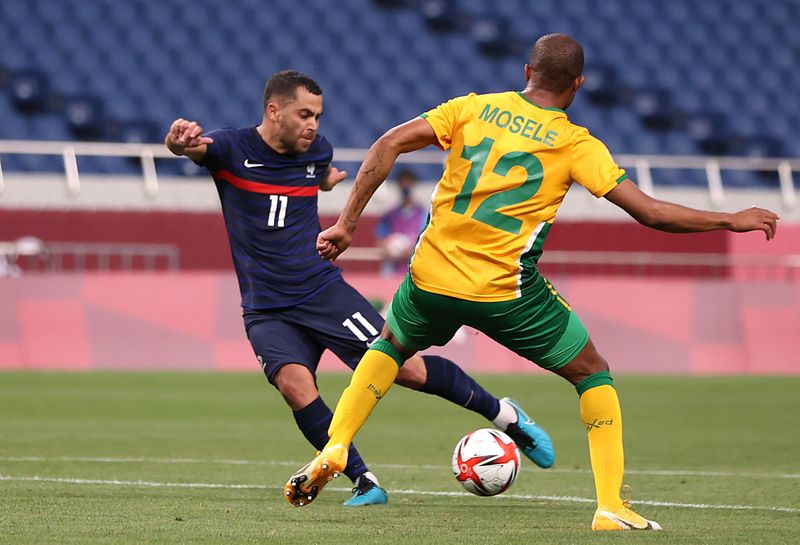 TOKYO (Reuters) – France got their Olympic men’s soccer campaign back on track as Teji Savanier netted a stoppage-time winner in their 4-3 victory over South Africa on Sunday while defending champions Brazil were held to a goalless draw by Ivory Coast.

Les Bleus, hammered 4-1 by Mexico in their Group A opener, trailed 3-2 with 10 minutes left but striker Andre-Pierre Gignac converted an 86th-minute penalty to complete his hat-trick before Savanier’s late goal.

Brazil banged in four goals in their opening victory over Germany in Group D but their attack failed to fire against a resolute Ivory Coast side, managing only four shots on goal.

There was late drama in the Group B meeting at the Ibaraki Kashima Stadium in Tokyo as Honduras forward Rigoberto Rivas found the net with three minutes remaining to hand New Zealand a 3-2 defeat.

Facundo Medina scored the only goal as Argentina responded to a shock 2-0 loss to Australia in their opener with a comfortable 1-0 victory over Egypt at the Sapporo Dome.

(Reporting by Shrivathsa Sridhar in Bengaluru, editing by Ed Osmond)