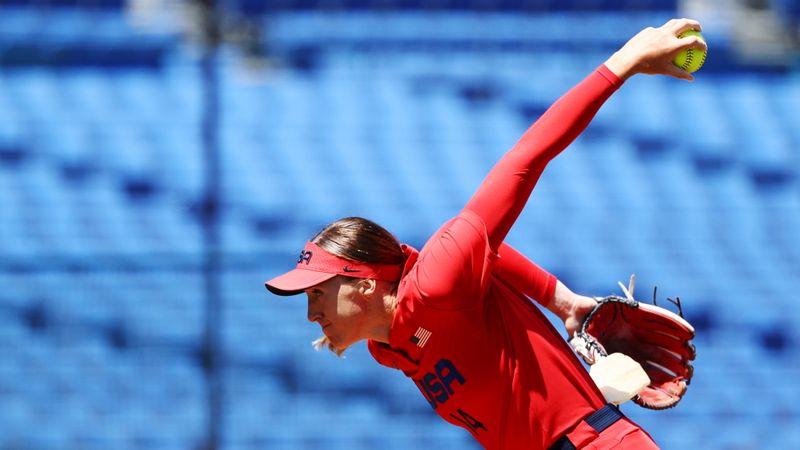 The Americans could secure a date with Japan in the gold-medal match if the Olympics hosts hold off third-place Canada later on Sunday.

The United States, wearing red from hair ribbons down through pants, raced to Chidester at midfield to celebrate the walk-off victory.

Abbott, 35, who has competed professionally since Stepto was starting the sport as a six-year-old, was impressive as usual. Abbott struck out 13 batters, with pitches whipping up like the 10 flags in centre field behind her. Strikeouts included pinch hitter Michelle Cox with the bases loaded in the sixth and Chelsea Forkin with bases full in the eighth.

But after retiring Forkin, Abbott walked in a run by nearly scrapping Jade Wall’s shoulder with a 112 kmh rise ball. It was the first run United States have allowed in the tournament.

Japan and Canada play under the sun later on Sunday before 34,500 unfilled seats due to COVID-19 restrictions. Italy and Mexico then meet under the lights, with the loser potentially zapping their chances for a bronze.