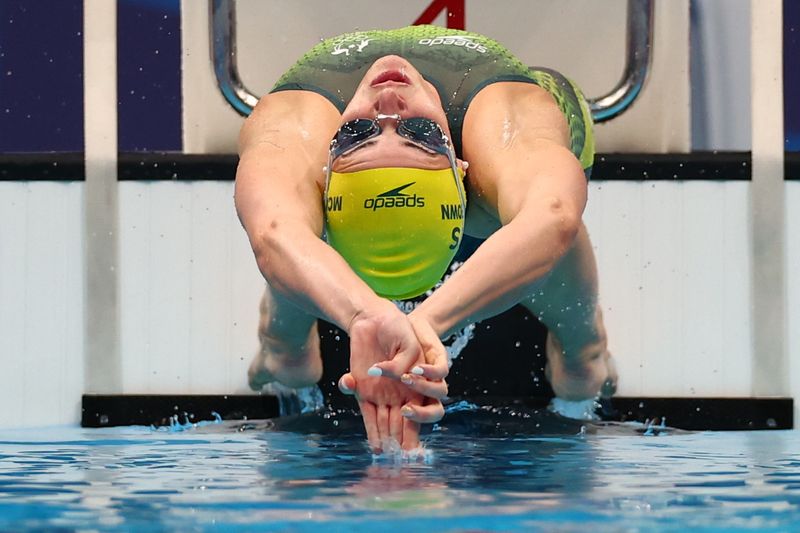 TOKYO (Reuters) – Tuesday’s women’s 100m backstroke final will be a battle of the record breakers with Australia’s Kaylee McKeown going for gold against American Regan Smith and Canada’s Kylie Masse.

The trio are the three fastest swimmers in the history of the event, all having held the world record, with McKeown the current owner.

They showed their form in Sunday’s heats with Masse setting an Olympic record before Smith took it from her and then McKeown went even faster.

In the women’s 100m breaststroke, American Lilly King faces a tough challenge to the defence of her title with South African Tatjana Schoenmaker in the prime lane four after qualifying fastest.

The pair made headlines at Rio 2016, when King wagged her finger at the previously suspended Russian and branded her a drug cheat. That clearly still rankles Efimova.

The first final of the morning is the men’s 200m freestyle with Britain’s Duncan Scott and Tom Dean hoping to medal and American Kieran Smith in the lane between them.

(Reporting by Alan Baldwin in London, Editing by Bill Berkrot)