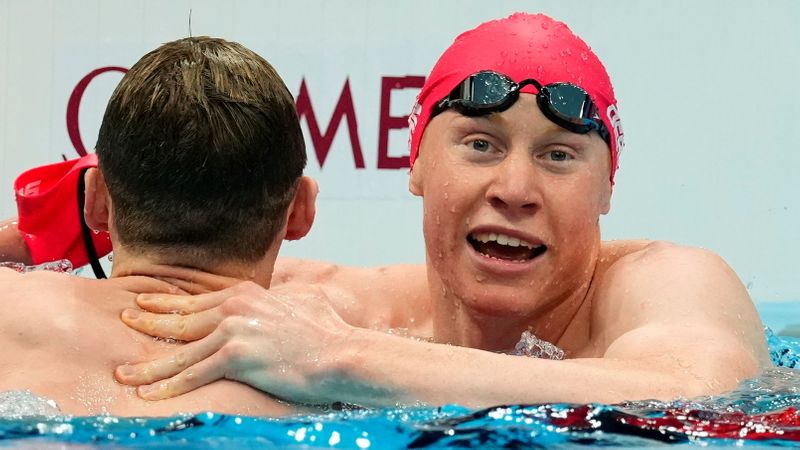 TOKYO (Reuters) – Tom Dean of Britain won the gold medal in the men’s 200 metres freestyle at the Tokyo Olympics on Tuesday.

Duncan Scott of Britain won the silver and Fernando Scheffer of Brazil took the bronze.