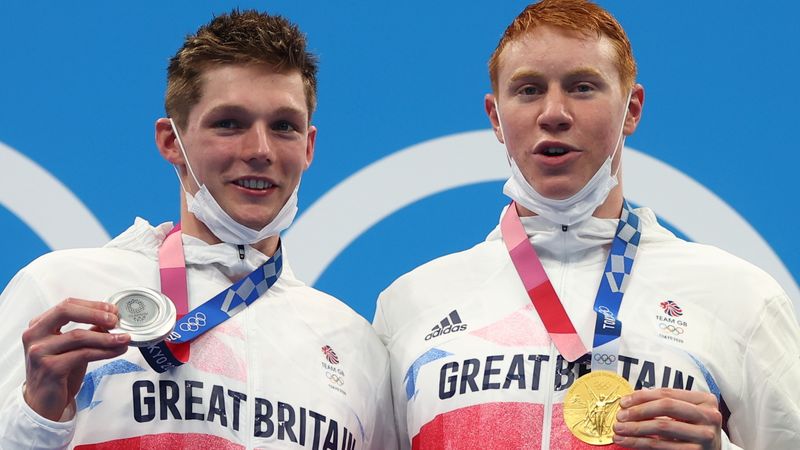 Tom Dean won gold and team mate Duncan Scott the silver in the 200 freestyle as the two British swimmers left their rivals in their wake, Brazil’s Fernando Scheffer taking the bronze.

In the men’s 100 backstroke, an event won by U.S. swimmers at the last six Games, Evgeny Rylov and Kliment Kolesnikov took top spots on the podium with Beijing champion Ryan Murphy of the United States coming third.

McKeown delivered a stunning late fightback in the women’s 100 backstroke to pip Canada’s Kylie Masse and add to Ariarne Titmus’s gold in the 400m free on Monday as well as the team gold in the 4×100 freestyle relay.

In another race that went down to the wire — Lydia Jacoby of the United States won gold in the women’s 100m breaststroke, the 17-year-old Alaskan finishing in 1:04.95, 0.27 seconds ahead of Tatjana Schoenmaker of South Africa.

Jacoby’s team mate Lilly King, who won the event in Rio in 2016, took the bronze.