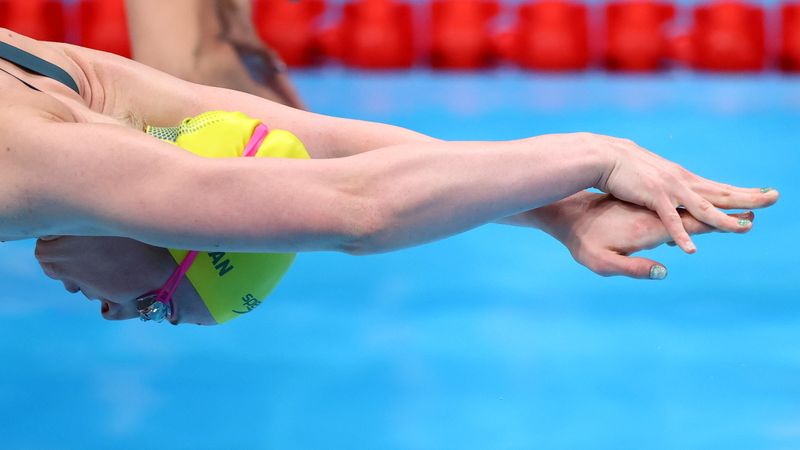 TOKYO (Reuters) – Australia’s women’s 4x100m freestyle relay team look sure to complete a golden hat-trick, and maybe smash their world record, when the first swimming medals of the Tokyo Olympics are handed out on Sunday.

In what could be a bountiful day for The Dolphins, Elijah Winnington will also seek to live up to his surname in the men’s 400m free, even if Germany’s Henning Muhlleitner qualified fastest.

Australian Brendon Smith is also a strong contender after qualifying fastest for the men’s 400 individual medley, the first of the medal events.

The women’s relay team, winners in 2012 and 2016, were dominant on Saturday and inside the world record after the first two legs.

With what amounted to a B team, they still set the 10th fastest time in history and the return of their two top swimmers — Cate Campbell and Emma McKeon — for the final makes their 2018 record look vulnerable.

Hungary’s world record holder Katinka Hosszu has her work cut out to defend her 400m individual medley gold after qualifying only seventh fastest.

Emma Weyant of the United States was the top qualifier in that event with the fastest time in the world this year.

(Reporting by Alan Baldwin in London, editing by Christian Radnedge)