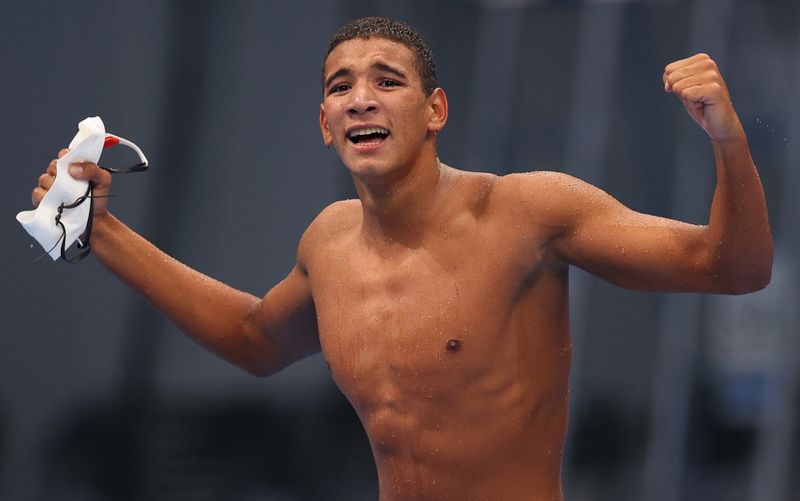 The 18-year-old Tunisian, in the outside lane after being the slowest in qualifying, produced a blistering finish to pip Australia’s Jack McLoughlin to gold with a time of 3:43.36, with U.S. swimmer Kieran Smith taking bronze.

Kalisz, the 400 medley silver medallist in Rio, went one better with a time of 4:09.42 as part of a United States one-two with Jay Litherland 0.86 behind.

Australia’s Brendon Smith was a further tenth of a second back taking bronze.

Kalisz, 27, grabbed the lead on the first length of the backstroke after France’s Leon Marchand had led after the butterfly leg and never looked back.

He battled with New Zealand’s Lewis Clareburt through the breaststroke but the Kiwi faded badly in the freestyle and finished seventh.

“It means the world. This is the last thing that I really wanted to accomplish in my swimming career,” said Kalisz.

“It was something that was a dream of mine for as long as I could remember. I can’t believe it.”