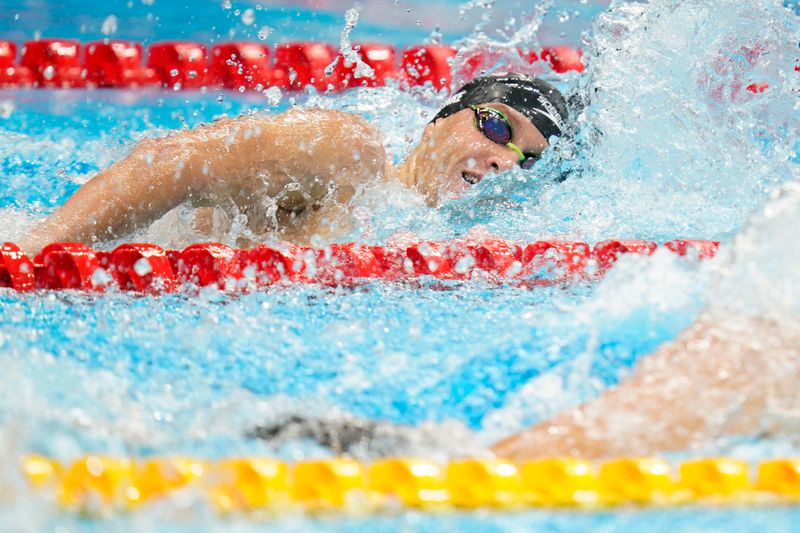 Finke pulled off a major upset by winning gold ahead of Italian world champion Gregorio Paltrinieri, who led all the way until the 750m turn when German Florian Wellbrock moved in front for the last length.

But Finke then made his late move and powered home in a time of 7:41.87. Wellbrock faded but Paltrinieri did not, the Italian, who had been a doubt for the Games due to illness, touching 0.24 seconds behind Finke to take the silver.

Finke said he had to push hard when he saw Paltrinieri was clawing his way back towards the finish.

“I noticed when I was about 10 metres out that he was catching a little ground and that was all the motivation I needed,” said the American.

In the 200m breaststroke, Arno Kamminga of the Netherlands led at the 150m turn and was inside world record time as he fought with Finland’s Matti Mattsson.

Stubbletly-Cook was third on the last turn, 1.2 seconds adrift of the lead, but then delivered an astonishing final lap to secure the country’s fifth gold medal in the pool so far and the first for their men.