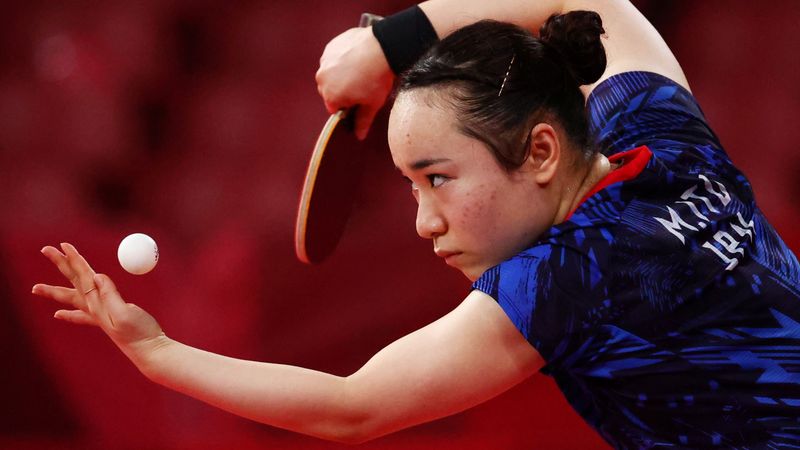 The world number two, who with Jun Mizutani brought Japan its first ever gold in table tennis after an epic victory against China on Monday night in the mixed doubles, beat Portugal’s Yu Fu 4-1.

“It’s not that I got a proper rest last night, but I’ve completely switched my mind to focus on the singles,” Ito told reporters. “I’m feeling really confident”.

Ito has won against some Chinese paddlers she will likely face in upcoming rounds, and Japan’s victory last night raised hopes for others to challenge China’s dominance.

“The mixed doubles event was the safest gold medal for China but they lost it. So I think everybody’s going to fight to get more gold medals,” Brazilian paddler Hugo Calderano said after beating Slovenia’s Bojan Tokic in the third round.

“More players will start to believe and maybe some other great things will happen.”

China’s top players are going all out after Liu Shiwen and Xu Xin’s surprise defeat.

“Competition is competition. I don’t think too much,” said Fan, brushing off the pressure.

Rio Olympics champion Ma Long, 32, secured his spot in the round of 16 after a 4-1 win against India’s Kamal Achanta.

In the women’s singles, fellow Chinese heavyweights Chen Meng and Sun Yingsha, the world’s number one and number three respectively, both sealed victories against their opponents.

Olympics debutant Sun said Xu and Liu did their best despite their loss.

“After seeing what happened, my motivation is even greater. I will prepare even harder,” she said.