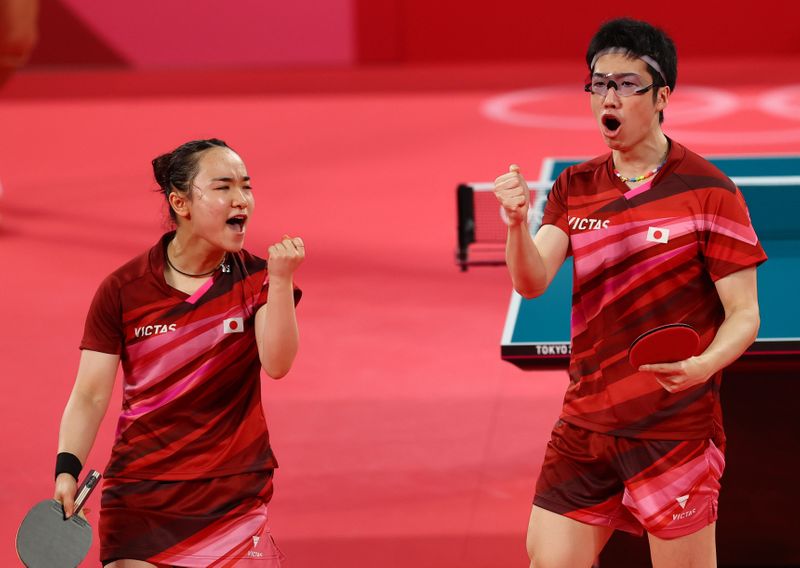 Xu and Liu led after the first two games but Mizutani and Ito fought back with an 11-8 win in the third game.

For Mizutani and Ito, the 4-3 win over Xu and Liu was sweet revenge, having lost to the pair in the mixed doubles finals of the ITTF’s World Tour Grand Finals and World Tour Swedish Open in 2019 as well as the World Tour German Open a year later.

“We’ve been losing to China at the Olympic Games and at world tournaments but we were able to take a revenge on all that at the Tokyo Olympics,” Mizutani told reporters.

In the bronze-medal match, world No.1 mixed doubles pair Lin Yun Ju and Cheng I Ching of Taiwan had a 4-0 clean-sweep win against French duo Emmanuel Lebesson and Yuan Jia Nan.