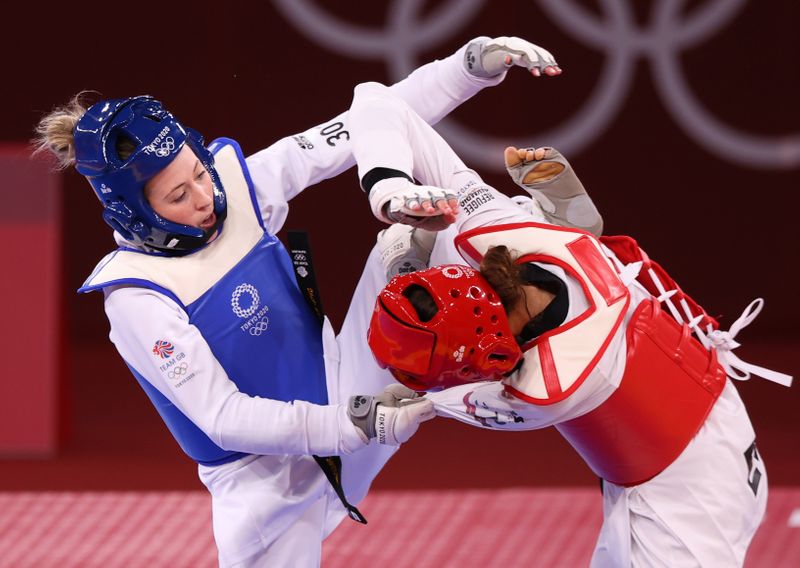 Jones’s hopes of a third Olympic gold were dashed after a loss to Rio bronze medallist Kimia Alizadeh, who is competing in the Refugee Olympic Team.

“I just felt like I put too much pressure on myself going into it and I really did feel it, more than I expected on the day,” Jones told reporters.

“And not having my family there to kind of push me out of that fear zone really did affect me and I’m just gutted that I couldn’t do more.”

A fifth wave of the COVID-19 pandemic in Tokyo has forced a spectator-less event at venues in and around the host city.

Jones said she had missed her family’s screams and cheers.

“For me, I do love a crowd, and I do love my family being there so it was a struggle and I did miss them being there,” she said.

“I call them ‘Team Crazy’ – the ones that have been to every Olympics,” she said, adding they had all gathered at her aunt’s garden back home to watch her compete.

The closest thing to family Jones had with her was team mate Bianca Walkden, who broke down in tears as she watched her room mate concede the match.

“Seeing her crying in the crowd, she’s as hurt as me but I just try to tell my mistakes to Bianca so she doesn’t make them,” Jones said.

“Now it’s all for her to go after and get the gold medal that she deserves.”

Walkden will compete in the +67kg category on Tuesday.