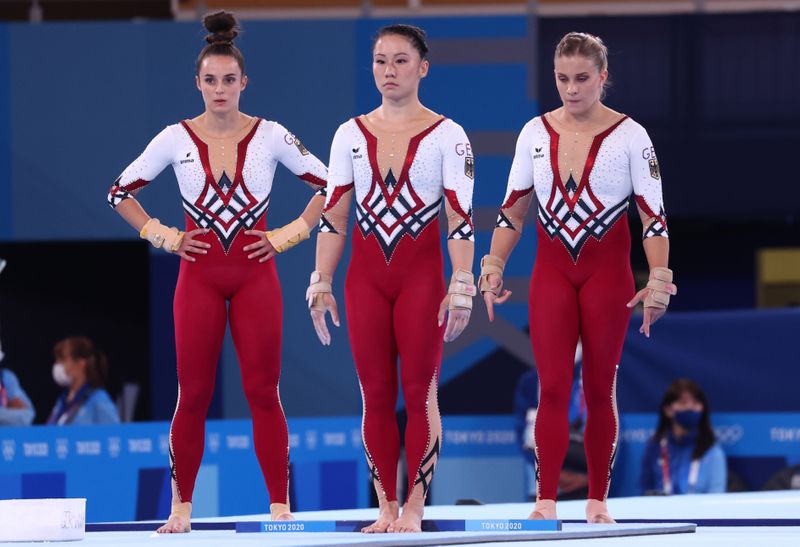 TOKYO (Reuters) – Coverage of the Tokyo 2020 Games by the official Olympic broadcaster will focus only on athletes’ performances and adopt a more gender-neutral approach to filming than may have been the case in the past, its CEO said on Monday.

The Olympic Broadcasting Services (OBS) produces the visual feed distributed to all broadcasters around the world. OBS CEO Yiannis Exarchos said the focus in Tokyo, with the Games having started on Friday, was only on the athletes’ sporting performances.

On Sunday, the German women’s gymnastics team decided to wear full-body suits at the Games instead of gymnastics leotards, to counter what they said was the sexualisation of their sport and to promote freedom of choice, encouraging women to wear what makes them feel comfortable.

Exarchos said while the OBS was not responsible for what athletes wore, it had planned its coverage in such a way so as not to reinforce any gender stereotypes.

“As broadcasters we do not give directives about what the athletes should wear,” Exarchos said.

“What we can do is to make sure our coverage does not highlight or feature in any particular way what people are wearing and whether the clothes they are wearing highlight particular parts of the body that have to do with stereotypes.”

In the past, broadcast coverage of some sports such as gymnastics and beach volleyball, where female athletes’ leotards and bikinis cover less of the body than that of male competitors, was criticised as stereotyping female athletes.

“You will not see in our coverage some things that we have been seeing in the past, with details and close-ups in parts of the body or elements that speak about sexuality or any other type of stereotyping of gender,” Exarchos said.

Earlier this month Norway’s beach handball team was fined 1,500 euros ($1,764) for what the European Handball Federation said was improper attire. The women had decided to wear shorts instead of bikini bottoms at a European championship match in Bulgaria.

Norway’s sports minister called the decision “ridiculous” and urged a change in attitude.

“It is very important how you tell the story and how you insist on which details, and the details we insist on is the sporting prowess of the athletes,” Exarchos said.