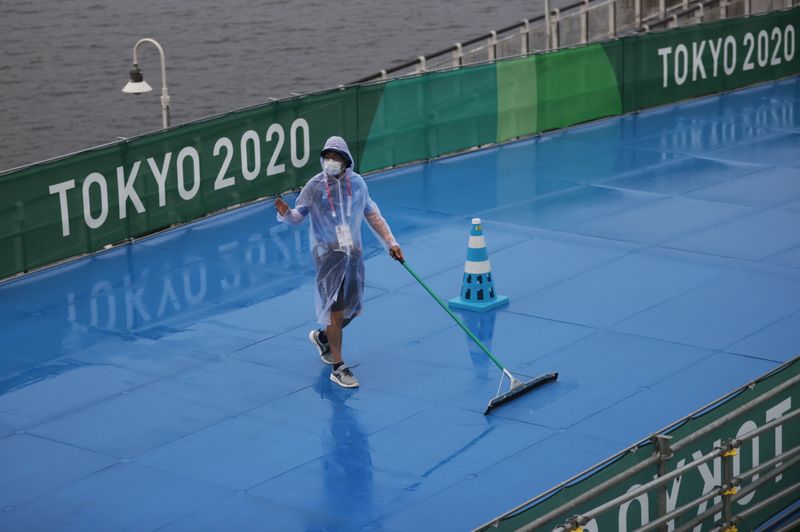 TOKYO (Reuters) – The start of the Olympic women’s triathlon race was delayed by at least 15 minutes on Tuesday due to windy, storm conditions sweeping the course in Tokyo Bay.

Due off at 06.30 (21.30GMT) local time – scheduled early to avoid excessive heat – the new start time is 06.45 (21.45GMT) but with heavy rain still pounding the region 30 minutes before that there is the potential for further delays.

(Reporting by Mitch Phillips, editing by)