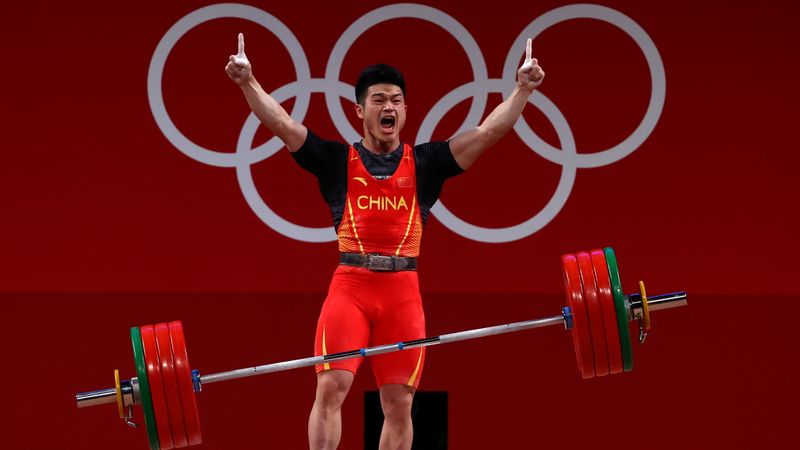 TOKYO (Reuters) -China’s Shi Zhiyong broke his own world record to win the men’s 73kg weightlifting event at the Olympics on Wednesday and claim a gold medal for the second Games in a row.

Shi remained strong throughout the competition, breaking the Olympic record in the snatch with his second lift and again with his third.

Shi, gold medallist at the 2016 Olympics in the 69 kg category, also broke the Olympic record for the clean and jerk on his first attempt.