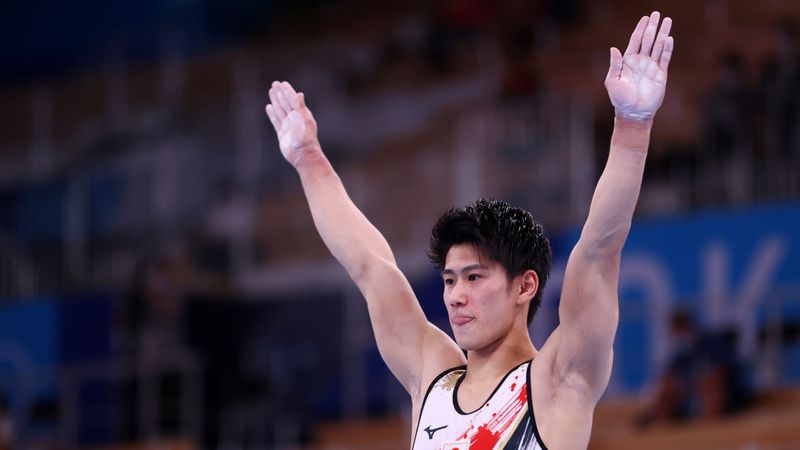 TOKYO (Reuters) – With “King” Kohei Uchimura having stepped down there will be a new Olympic all-around men’s gymnastics champion crowned at the Tokyo Games on Wednesday, with Russia, Japan and China set for a royal rumble to decide who claims the sport’s most prized title.

Olympic all-around champion in 2012 and 2016, Uchimura chose not to defend his title in Tokyo leaving Japan’s hopes resting with his young heir apparent, 19-year-old Daiki Hashimoto, who underscored his credentials by posting the top marks in Saturday’s qualification round.

But Russia, competing in Tokyo as representatives of the Russian Olympic Committee (ROC) because the country was stripped of its flag and anthem for doping offences, will send out the lethal one-two combination of Nikita Nagornyy and Artur Dalaloyan, world all-around champions in 2019 and 2018 respectively, as the country bids to return to the top of the podium for the first time since the great Alexei Nemov at the 2000 Sydney Games.

After clinching the team gold for Russia on Monday with a pressure packed floor exercise, Nagornyy will ride a massive wave of momentum that would make Olympic surfers down the coast envious.

The last man to compete with top spot on the podium on the line, the 24-year-old Russian showed he is built for the big moments, delivering when it counted most.

“Nikita’s and Artur’s desire to finish first in the all-around has not diminished after the victory in the team event,” Russian gymnastics coach Valery Alfosov told TASS news agency. “They are professional athletes.

“Yesterday they were overwhelmed by emotion but on the way to the training session this morning, I could see that they are calm and thinking about tomorrow.

Questions, however, hang over his team mate Dalaloyan, who delivered a heroic effort helping the ROC to gold competing on a surgically repaired Achilles heel that often had the 25-year-old wincing in pain.

Asked after the team event if he still planned to take part in the all-around, Dalaloyan put his hands over his eyes and then said: “OK, I will do it. It’s not a problem for me.”