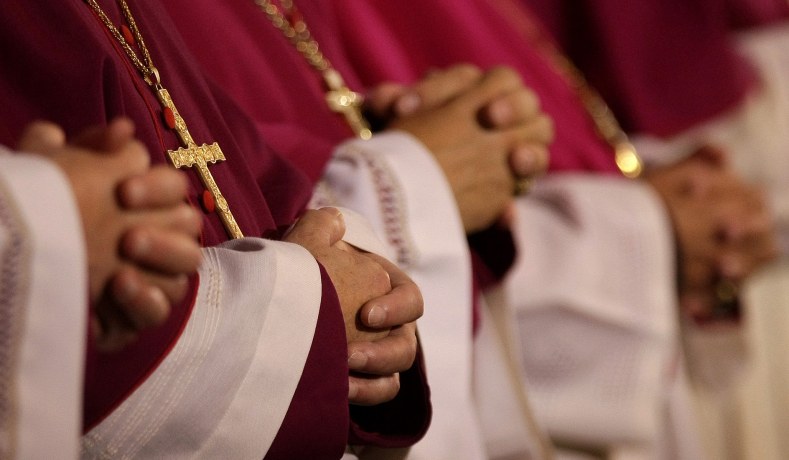 Last week, the Pillar, a subscription-based outfit that does journalism — actual journalism — on the Catholic Church, released a story that the general secretary of the U.S. bishops’ conference, Monsignor Jeffrey Burrill, used Grindr, the gay hookup app, from, well, just about everywhere he physically occupied over a period of years.

Burrill was  elected general secretary of the U.S. bishops’ conference in November 2020 . In that role, Burrill was effectively the highest-ranking American cleric who is not a bishop.

A priest of the Diocese of La Crosse, Wisconsin, he began to work at the bishops’ conference as associate general secretary in February 2016. In that capacity, the priest was charged with helping to coordinate the U.S. bishops’ response to the Church’s 2018 sexual abuse and coercion scandals.

Needless to say, it was the Pillar’s reporting on this, based on commercially available location data bought by a third party and shared with them, that led to Burris’s resignation.

The content and method of this report has brought up a lot of objections. From the secular press, the crime of “outing” someone is far worse than serially breaking one’s vow of chastity. And Catholics of varying stripes have similarly objected that something about this was unethical. I can only guess why a number of prominent Jesuits are suddenly so anxious to create a taboo against this kind of reporting.

Now, I don’t dismiss the concerns for privacy or unjust detraction entirely. If Our Lord’s location data was available, it wouldn’t be hard to make a case against him. He spent a lot of time near prostitutes, the ritually unclean, and that group of stumblebums he called his Apostles.

But, here we have a revelation that a man who was put in charge of coordinating efforts on sexual abuse was himself living a double-life of unchastity. This is equivalent to finding out that the priest put in charge of correcting the U.S. Church’s previous gross accounting negligence was himself a serial gambler and in debt to various figures connected to organized crime. This is obviously of interest to the bishops themselves and ultimately to the public, no?

Why the public? Because if the data from which the facts could be gleaned was for sale on a commercial market, it is public data. Better for journalists who are, ultimately, friends of the Church to discover this, confront the proper authorities, and make their findings transparent, than to allow it to fester.

Christ died to save Monsignor Burrill from his sins. The bishops were able to do him a favor by putting him into another line of work until he dealt with his state of life. For that we can thank Ed Condon and J.D. Flynn at the Pillar.