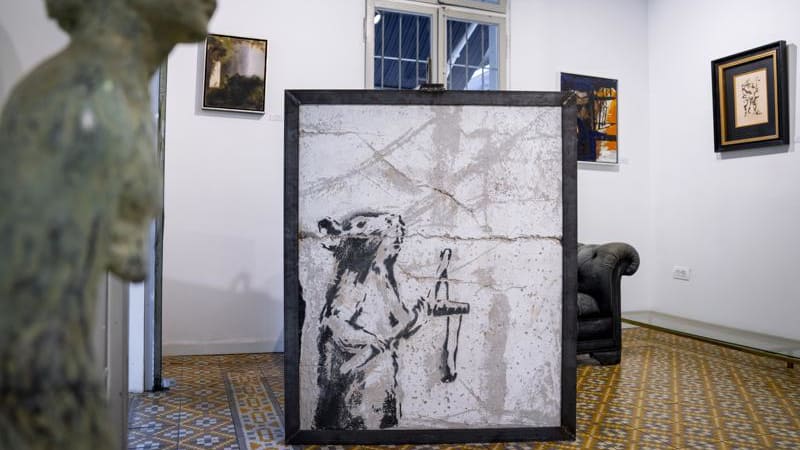 After mysteriously vanishing from the occupied West Bank, a painting by the secretive artist Banksy has resurfaced in an art gallery in Israel in equally mysterious circumstances. Palestinian officials say the graffiti artwork was stolen.

The street artwork—which shows a rat holding a slingshot in an apparent satire of the Israeli occupation—was created by the inscrutable British artist around 2007. It appeared on a concrete block used in an abandoned Israeli army position in the West Bank city of Bethlehem near Israel’s separation barrier. Banksy has also painted several works on the huge concrete wall itself, which he’s previously said “essentially turns Palestine into the world’s largest open prison.” But now, the rat has found its way to the other side of the huge barrier and into the Urban Gallery in Tel Aviv, some 43 miles from where it first appeared.

“This is theft of the property of the Palestinian people,” Jeries Qumsieh, a spokesperson for the Palestinian tourism ministry, told the Associated Press. “These were paintings by an international artist for Bethlehem, for Palestine, and for visitors to Bethlehem and Palestine. So transferring them, manipulating them and stealing them is definitely an illegal act.”