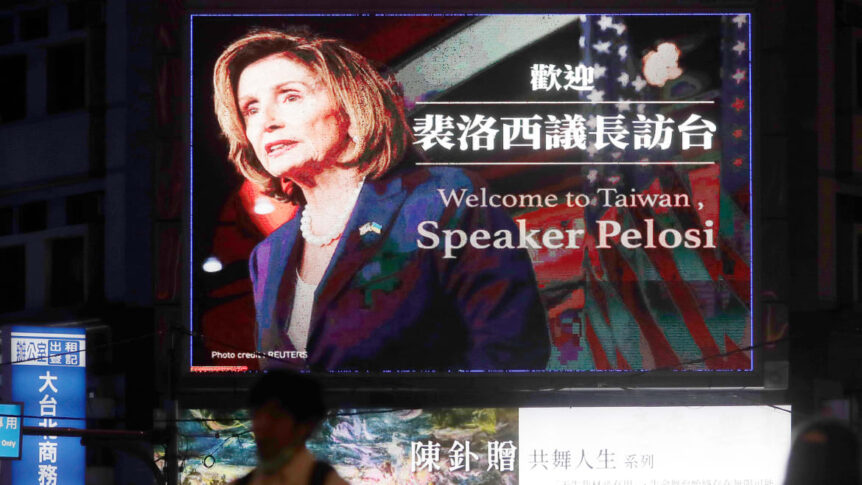 The primary (and very likely only) beneficiary of House Speaker Nancy Pelosi’s trip to Taiwan is the People’s Republic of China. Virtually none of the goals that the California congresswoman seeks to advance by making the trip—the highest level visit by a U.S. official in a quarter century—will be achieved. Taiwan will not be strengthened. In fact, the trip is already increasing tensions across the straits of Taiwan at a dangerous moment.

Senior Biden administration officials attempted to dissuade Pelosi from making the trip to Taiwan for just this reason.

One senior administration official told me prior to the Speaker’s trip that while they did not anticipate that China would actually invade Taiwan in the next couple of years, they did think that another straits crisis akin to that which took place in 1996 was possible. That could include a Chinese effort to impede naval traffic into and around Taiwan, military shows of force, Chinese air force fly-overs, and other activities—each of which would be accompanied by the danger of unintended escalation, the official said.