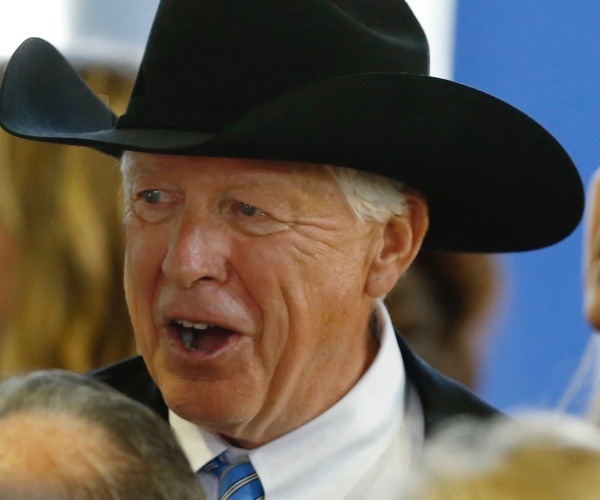 Investor, philanthropist and conservative mega-donor Foster Friess died Thursday at age 81 following an undisclosed illness, according to a statement from his family.

“We are grateful for the wonderful life Foster lived and thankful for the many people who have shared their prayers during his illnesses,” the statement read. “We know many of you mourn with us, and we will have more details soon on Foster’s funeral.”

Remembrance services are set for Scottsdale, Arizona; Jackson, Wyoming; and his birthplace of Rice Lake, Wisconsin.

After a stint in the Army where he served as an intelligence officer for the 1st Guided Missile Brigade in Fort Bliss, Texas, Friess became an investment banker. After 10 years, he and his wife, Lynnette, founded their own firm in 1974 where he was a “visionary investor and pioneer in growth stock picking,” according to the family’s press release.

Forbes named Friess Associates’ Brandywine Fund one of the top performers of the decade ending in 1990, and CNBC and Fox News’ Neil Cavuto both called Friess one of the “century’s great investors.”

Friess donated more than $500 million during his life to causes around the globe, including providing fresh water to remote villages, supporting the fight against ISIS and helping people recover from addiction.

He was named “Humanitarian of the Year” in 2000 at the National Charity Awards Dinner in Washington, D.C. — an award won previously by Coretta Scott King, Bob Hope, President George H.W. Bush and Lady Bird Johnson.

He was also awarded the Muhammad Ali Humanitarian Award by the boxing legend himself in 1999.

Friess became a born-again Christian in 1978 and identified as an evangelical.

According to an archived About page of his website, despite professional success, Foster says that his “personal life struggled.”

It was at that point he said, “I did one of those ‘born again’ things and invited Jesus to become the ‘Chairman of the Board’ of my life,” which Friess credited with all his later successes.

His political donations were to Republican and convervative causes. He gave $250,000 to Rick Santorum’s reelection campaign in 2006, and about that much to the Republican Governors Association.

He was a major funder of Santorum’s 2012 presidential run.

He also gave $100,000 to defeat Democrats’ efforts to recall GOP Wisconsin Gov. Scott Walker in 2011, and has been recognized for donating to the Koch brothers’ political activities.

Friess ran for governor of Wyoming in 2018 with the backing of then-President Donald Trump, but lost the GOP primary. He considered a Senate run the same year at the urging of Steve Bannon, but eventually decided against it.