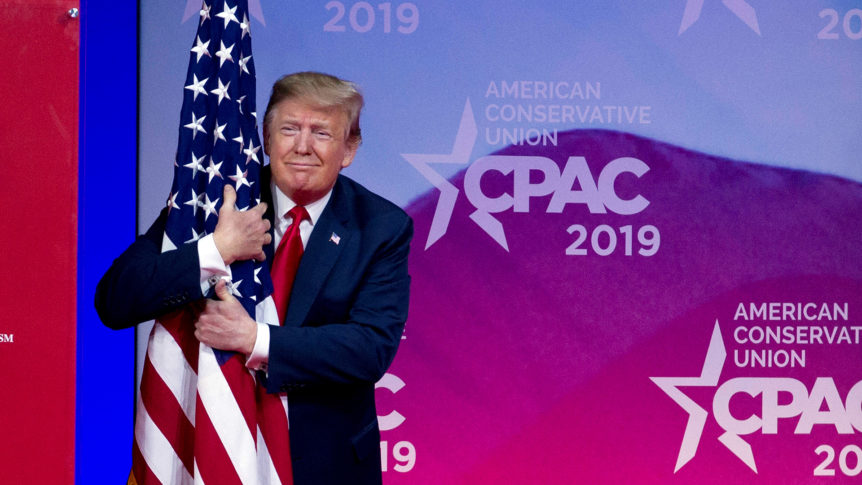 After weeks of being largely outside of public view, President Donald Trump will take the stage at this week’s Conservative Political Action Committee confab in Florida.

Trump has always enjoyed a warm welcome at CPAC; in fact, one of his more memorable experiences is hugging the American flag onstage at the conservative gathering, a move that won uproarious applause.

Sources say that Trump will also discuss the future of the GOP and is expected to pledge to be the movement’s leader throughout the Biden administration. Trump is also expected to wade into the 2022 midterm fights, after challenging Senate majority leader Mitch McConnell on the matter.

Trump plans to take the stage on Sunday which is the final day of CPAC, a day that is usually sparsely attended. The announcement of his attendance late in the convention schedule has attendees scrambling to adjust their travel plans.  However, one can imagine that CPAC slated Trump’s barnburner speech to be the grand finale just in time for Monday morning’s news cycle.

The location of CPAC this year is also significant, as Governor Ron DeSantis has guided the sunshine state successfully through the COVID-19 pandemic while liberal states such as New York and California, led by embattled Governors Andrew Cuomo and Gavin Newsom, are flailing.

This is the first year that CPAC will be held in Florida after bailing out of the swamp in Washington, D.C.