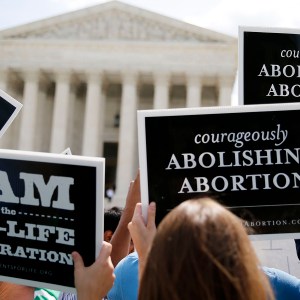 As the Supreme Court prepares to hear a case this fall on the constitutionality of Mississippi’s ban on most abortions late in pregnancy, the Susan B. Anthony List is launching a $2 million ad campaign.

“Science tells us that at 15 weeks, these babies have formed faces. They smile, they yawn, they feel pain,” says the ad’s narrator. “It’s why European countries ban late-term abortions. In five decades, we’ve learned they are just like us. Isn’t it time the law reflects the science?”

You can watch it here: