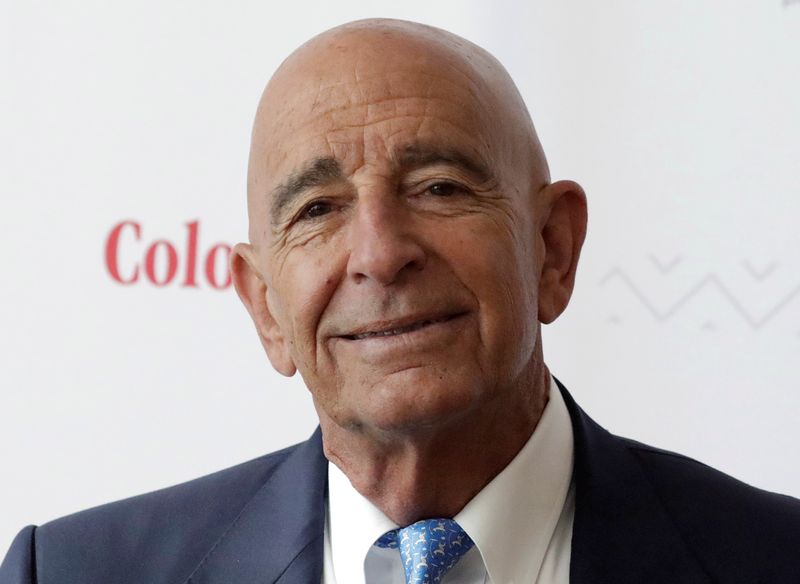 (Reuters) -Former U.S. President Donald Trump’s billionaire ally Thomas Barrack has reached a deal with prosecutors that will allow for his release from custody while he awaits trial on charges of illegal lobbying, a prosecutor said in court on Friday.

A federal magistrate judge in Los Angeles signed off on the conditions of the agreement, which will include surrendering his passport, complying with a curfew, and wearing an ankle bracelet with GPS monitoring.

The agreement also calls for Barrack to put up a $250 million bond, secured by $5 million cash, which would be forfeited if he does not appear for court proceedings.

Barrack, who chaired Trump’s inaugural fund and was a frequent guest at the White House, was arrested on Tuesday and charged with illegally lobbying the Trump administration on behalf of the United Arab Emirates.

A spokesperson for Barrack said he will plead not guilty.

Barrack, 74, is a longtime Trump ally and founder of the digital infrastructure-focused private equity firm DigitalBridge Group Inc, which was known as Colony Capital Inc before a rebranding announced in June.