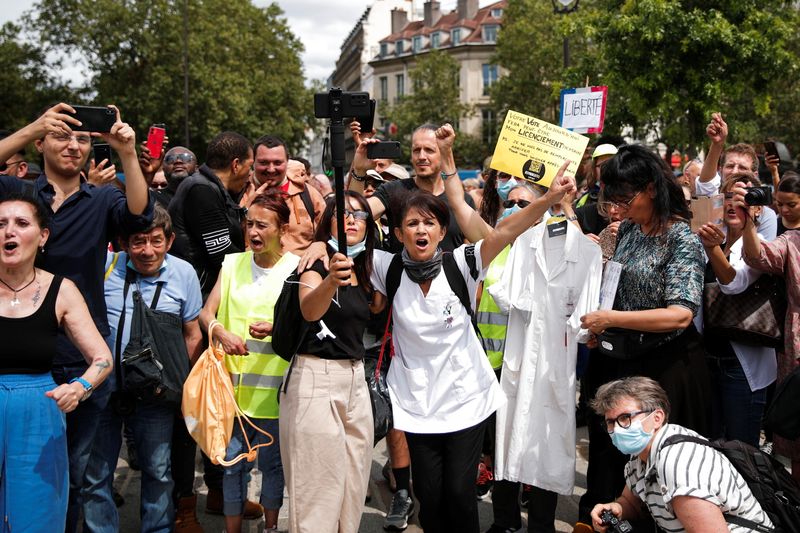 Across France, protests were also planned in cities including Marseille, Montpellier, Nantes and Toulouse.

French lawmakers are due to vote this weekend on a bill drafted by the government aimed at setting up a health pass and mandatory vaccination for health workers.

(Reporting by Matthias BlamontEditing by Alison Williams and Helen Popper)