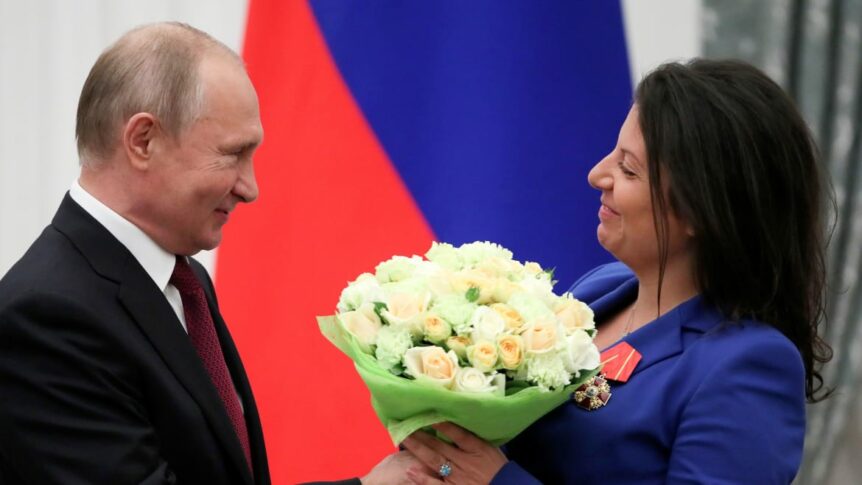 Russia’s military campaign in Ukraine is faltering, and so are their efforts to recruit volunteers. A man resembling Yevgeny Prigozhin, the Kremlin-linked businessman who is believed to be in charge of the infamous Wagner Group, was recently filmed recruiting prisoners to fight in Ukraine. Top Russian propagandist, Vladimir Solovyov, often offers to publicize contact information that would drive more volunteers to sign up. Military experts on state TV openly admit that Russia’s presence on the frontline is sorely lacking, but government officials insist that total mobilization is not being considered.

Writer Zakhar Prilepin, who is wanted by Ukraine’s SBU security service on charges of “taking part in the activity of a terrorist organization” for his ongoing involvement in Russia’s war crimes in Ukraine, often talks about his travels to the frontline and boasts of extensive first-hand knowledge about the war. Appearing on Friday’s broadcast of 60 Minutes, Prilepin raged: “We really don’t have enough men fighting over there. When people say we have 150k, 100k, 200k, I want to tell them: we don’t have that many people there! It can’t go on this way… We have a very small contingent. For a country of our size, it’s no good.”

With all current recruitment efforts falling short, head of RT Margarita Simonyan decided to throw her hat into the ring, trying to scare everyday Russians into volunteering. Appearing on the state TV show The Evening With Vladimir Solovyov Thursday evening, Simonyan performed one of her cringiest routines thus far. She opened the conversation by preempting any attempts to discuss the state of Russia’s ongoing invasion of Ukraine: “I guess, something needs to be said about the current state of war—whether it was or wasn’t declared against us by NATO, NATO troops and Ukraine; about the “special military operation,” as we call it. I won’t talk about it right now, because this is not the time for uplifting statements.”