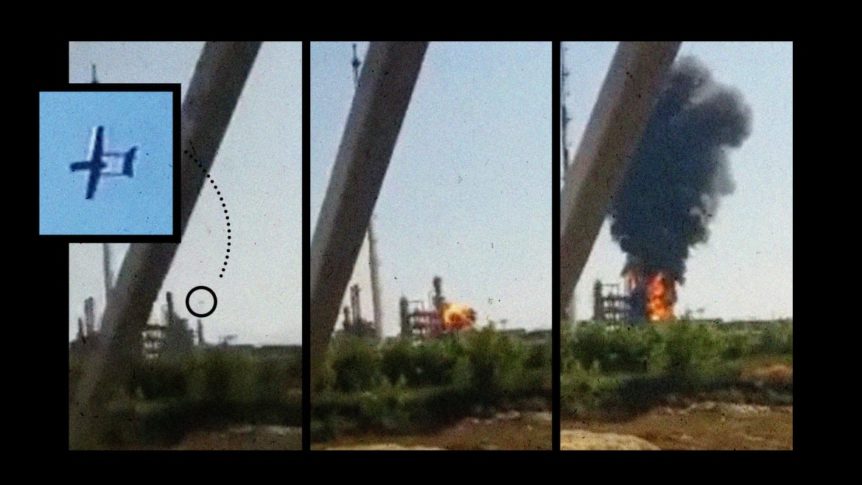 The war in Ukraine is no stranger to drones, but the kamikaze drone strike on the Russian city of Rostov last week marked the beginning of a whole chapter in drone warfare. A small ramshackle Ukrainian drone with a tiny warhead flew across the heavily defended front line and smashed into an oil refinery in Russia on June 22, causing a large fire. Given how cheap it is to make a drone, and its successful evasion of Russian air defenses, Russian officials might soon have to worry about defending oil facilities, supply depots, and military installations deep in Russian territory.

Long-range kamikaze drones are a new threat to Russia. Most observers of the conflict in Ukraine are familiar with the Switchblade drones provided by the U.S., but these have a relatively short range and require operators to direct it onto a target. Kamikaze drones like the one used in the Rostov attack can go hundreds of miles without the need for an operator, and are small enough to slip by much of Russia’s air defense, which is designed to detect and engage fighter jets and missiles. With the use of GPS and inertial guidance systems, a Ukrainian operator would simply need to give the drone a point on the map before sending it on its way.

For Russia, the biggest concern is that Ukraine can make these cheaply and easily. Press reports claim the drone used in the Rostov attack was produced by Ukraine or a was model available on the internet for less than $10,000. Airframes, engines, and guidance systems could all be bought commercially and assembled without too much technical expertise. The payloads are likely small and the drone can’t re-adjust if the coordinates are wrong, but it costs a fraction of its American and Turkish-made counterparts and can do millions of dollars in damage if it hits a fuel tank or sets fire to a docked naval vessel. Depending on the final unit cost, Ukrainian drones could conceivably be cheaper than the missiles Russia would use to shoot them down.