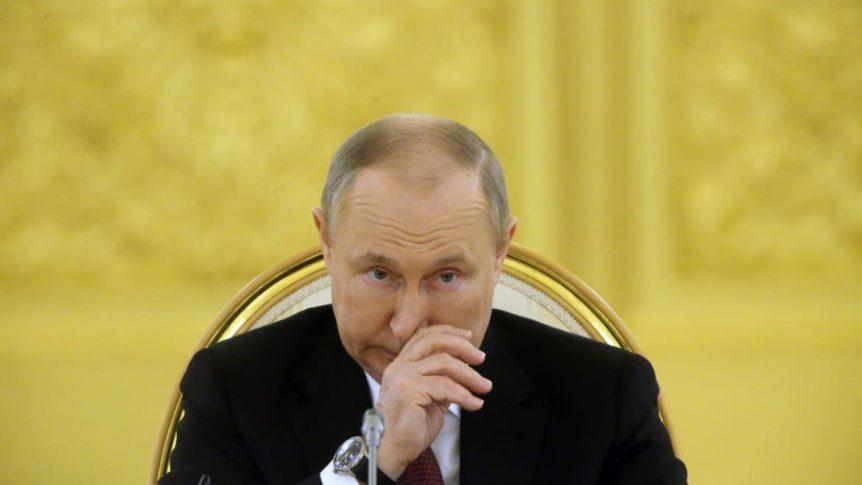 Determined to quash support for Ukraine in its ongoing self-defense against Russian aggression, the Kremlin has issued a slew of threats against the West, magnified and echoed by the pliant state media. But instead of scaring NATO into backing off, that strategy seems to be causing something of a domestic fallout, with masses of everyday Russians fearing the idea of an imminent nuclear war that has been pushed by propagandists. It seems that now, even the most dedicated propagandists are becoming alarmed by the side effects of the Kremlin’s fear tactics.

Thursday’s state TV program, The Evening With Vladimir Solovyov, began with familiar rhetoric, but was met with some unexpected resistance. The host, Vladimir Solovyov, ranted and threatened the West with gusto: “I’m so sick of them! Constantly reading about whatever they will come up with next, like their new lists of sanctions, and thinking, ‘Guys, I’m sick of you!’”

Solovyov, who lost his multimillion-dollar villas in Italy because of Western sanctions, bitterly complained about the increasing cost of Putin’s invasion of Ukraine. Instead of suggesting Russian troops pull out from their neighbor’s territory, the state TV host followed what appears to be the officially approved line of rhetoric, promoting the idea of unprecedented escalation.