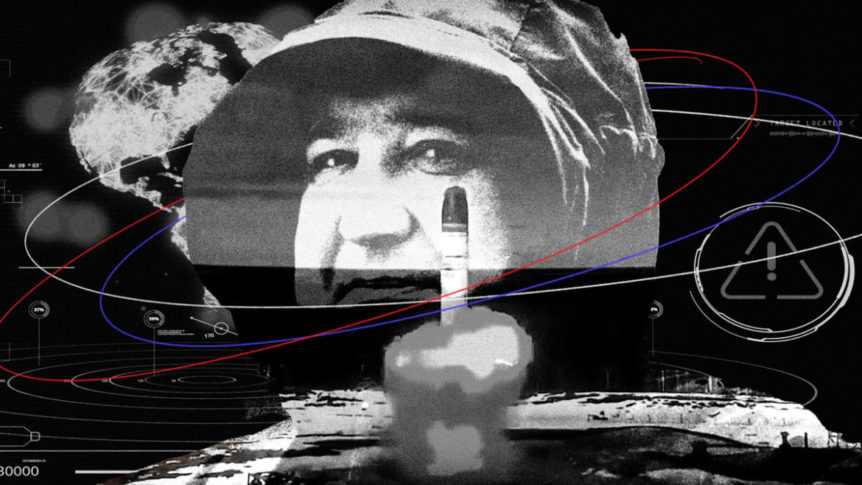 Russia’s top space official, Dmitry Rogozin, recited a well-known children’s poem in a YouTube video commemorating a national holiday last week. When he got to the line, “I love everybody around the world,” the clip took a dark turn, showing footage from the test launch of Russia’s nuke-capable Sarmat ballistic missile, nicknamed “Satan-2.”

Threats of nuclear war are now so trivial to the Kremlin that they’ve become the stuff of jokes.

On Saturday, Rogozin, the director of Russia’s federal space agency Roscosmos, announced the second testing launch of Sarmat—a ballistic missile capable of carrying nuclear warheads—which he had called “a present for NATO.” On his weekly show on the state-run TV network Russia-24, Rogozin said he was the one overseeing “increasing demands for this machine that has been agreed with our client, the Ministry of Defense; and of course we have started the serial production of the missiles.” Rogozin added that on Putin’s orders, Roscosmos was planning to assign the first division of Sarmat missiles in the Krasnoyarsk region this year.