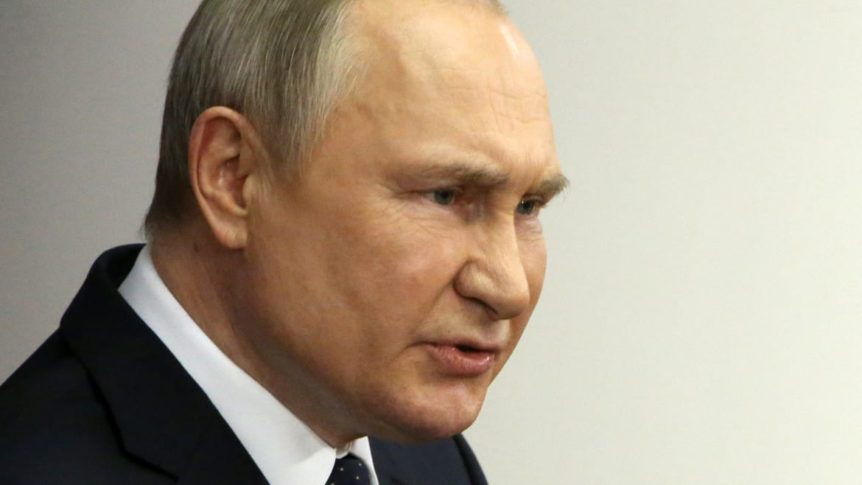 Russian President Vladimir Putin ominously warned on Wednesday that if any other country intervenes in Ukraine, Russia will respond with “instruments… nobody else can boast of, and we will use them if we have to.”

In recent days, Russian state media has been hyping up the same rhetoric, bombarding audiences with jarring declarations that World War III is imminent. Every major channel is promoting the idea of an inevitable, never-before-seen escalation over Russia’s invasion of Ukraine, which is being portrayed as a war waged against the Kremlin by the collective West. Patriotic citizens are now being primed for the idea that even the worst outcome is a good thing, because those dying for the motherland will skyrocket to paradise.

During Tuesday’s broadcast of 60 Minutes, Vladimir Avatkov of Russia’s Diplomatic Academy of the Ministry of Foreign Affairs delivered an Orwellian perspective of current events. “What is happening right now is not about Ukraine, but about the future world order, which has no room for hegemony and where Russia can’t be isolated.”